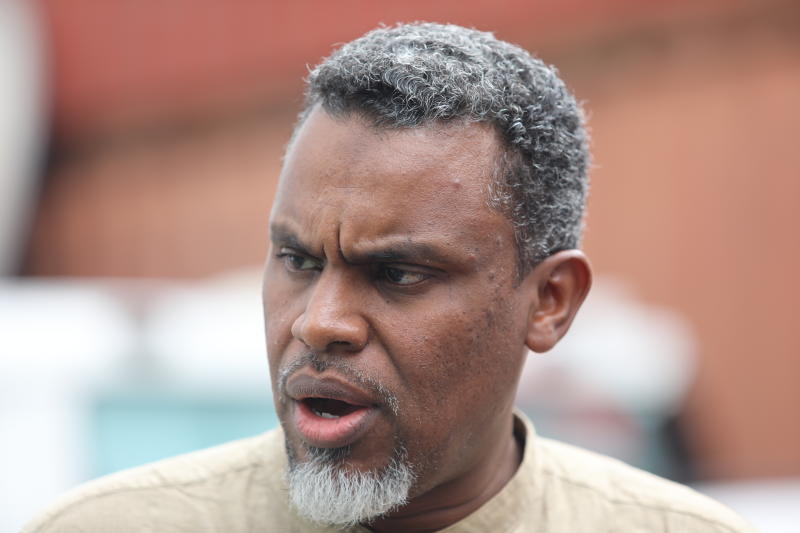 The Ethics and Anti-Corruption Commission concluded its probe on claims of impropriety in the acquisition of Sh7.8 billion Covid-19 pandemic equipment at troubled Kenya Medical Supplies Authority (Kemsa).

Yesterday, the Director Public Prosecutions (DPP) Noordin Haji acknowledged he was in receipt of the inquiry file from EACC and appointed a six-member special team to conducive an independent review.

This comes just a day after the expiry of the 21 days; President Uhuru Kenyatta gave the investigating agencies to conclude the matter.

“I have appointed a team of senior experienced prosecutors to undertake an independent and comprehensive review of the inquiry file and submit their findings to me after which I will make a decision and inform the public of the progress within the next 14 days,” Haji said in a statement.

This is after EACC forwarded recommendations to the DPP’s office to prefer criminal charges against the concerned individuals for the offence under the Anti-corruption and Economic Crimes Act, Public Procurement and Disposal Act, the Public Finance Management Act and the Penal Code.

“Inquiries conducted by EACC established that the commission of offences arising from failure to follow the procurement law as well as actions contrary to the PFM Act,” said EACC boss Twalib Mbarak.

He further recommended action “inquiries into the aspect of the offences alleged are ongoing and files will, similarly, be submitted to the DPP upon conclusion of investigations”.

The team is to scrutinise details gathered by investigators from EACC on claims of irregular procurement and fraudulent payments in relations to the purchase and supply of COVID-19 emergency commodities at the agency.

It is the documents and statements gathered by EACC officers at KEMSA in their bid to unravel the claims of irregular procurement and fraudulent payments.

The agency has dominated the headlines lately following claims of questionable tenders awarded to powerful individuals.

EACC is also investigating the construction of a warehouse by Kemsa at Sh5 billion. The commission officials revealed they had received complaints that some staff were colluding with suppliers to loot public funds and that the organisation was technically insolvent out of mismanagement.

EACC had asked the agency's board to take the action and suspend the officials pending the outcomes of the probe.

This was after a preliminary analysis of the probe showed there were irregularities in the issues at hand and there were concerted efforts from within to cover up.

He said several senior officials of Kemsa engaged in irregular procurement of Covid-19 items through the issuance of commitment letters to suppliers in excess of the approved budget and at a highly inflated cost.

The investigators probed claims of the existence of a syndicate at the agency of allegedly corrupt individuals engaging in intricate fraudulent schemes, where they actively solicit for bribes/kickbacks from suppliers contracted to supply medical commodities to the authority.

EACC said prior to being awarded contracts, suppliers are asked to secure Kemsa officials ‘interests’ once favoured with the contracts.

The investigation sought to establish claims of exaggeration of the price of items in the Local Purchase Order for most products.

For instance, the Mission for Essential Drugs supplied some products at a unit price of Sh298 yet the contract has an agreed price of Sh207 per unit.

The EACC is pursuing claims that direct procurement is used to award contracts to friendly suppliers, who are willing to part with bribes/kickbacks.

The commission is also investigating claims of exaggeration of the price of items in the Local Purchase Order for most products.

The president had asked EACC to expedite the probe as he directed that no one found culpable should be spared despite the stature in society or political affiliations.

"Given the public interest the relevant agencies should expedite investigations and conclude the same within 21 days," Uhuru said on August 26.

While conducting its inquiry, EACC sleuths raided Kemsa offices on September 9 and collected computers and other documents that may link the agency to the corruption allegations levelled against it.

The board appointed Edward Njoroge Njuguna as the acting CEO while Edward Buluma and George Walukana will assume the roles of procurement and commercial directors respectively.

The DCI is investigating the possibility that some senior Kemsa officials used fake documents to award a contract that exposed the agency to possible loss of Sh840 million.