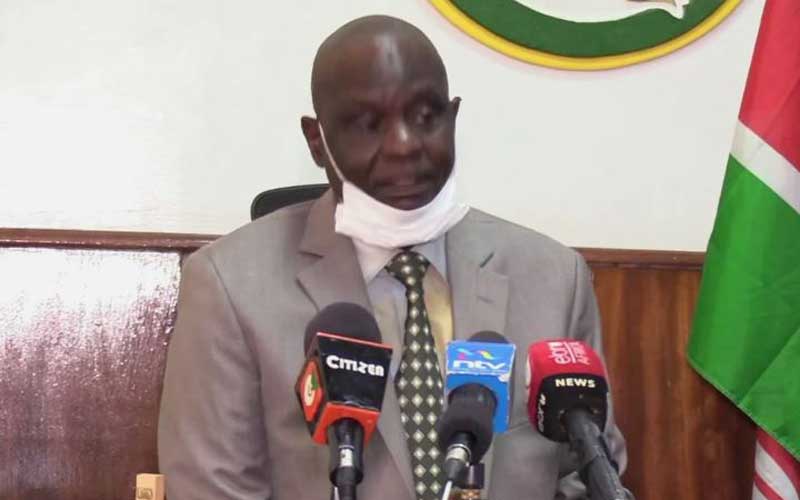 This now paves way for the election of a new deputy speaker with the position likely to be filled by ODM MCA and former Nairobi Mayor Geoffrey Majiwa.

Shortly after Kamangu's resignation, Speaker Benson Mutura declared the seat vacant and announced that the election of a new deputy speaker will be conducted on Tuesday next week.

Kamangu who has served as the Deputy Speaker since 2017, announced his resignation on the floor of the house saying he did so in the spirit of the handshake.

"After soul searching and consultation with the Jubilee leadership of this assembly, I have decided as a believer of handshake to tender my humble resignation to this assembly effective September 10, 2020," said Kamangu.

"It should be noted that this county is bigger than all of us. I am wishing the next holder of the office of the deputy speaker all the best and I promise to support this assembly in any capacity," he added.

Kamangu's resignation is in line with a pact between ODM and Jubilee parties at the city assembly where the minority ODM supported Jubilee’s speaker’s position candidate, Mutura, in exchange for the deputy speaker’s position.

Kamangu was elected as deputy speaker in 2017 to deputise former speaker Beatrice Elachi.
This is after Jubilee party clinched a majority of the slots at the city assembly following the 2017 general elections.

Prior to his election at the City Assembly as an MCA in 2013, he served as a two-time councillor in the defunct municipal council.

"Kamangu has served this House with honour and as Jubilee Party, we are in support of his resignation and appreciate the work he has done," said Guyo.

"As the minority side at the Assembly, we are indebted and you can count on my party (ODM) to collaborate and move the assembly forward," said Ogada who doubles up as Embakasi ward MCA.

Minority Chief whip Peter Imwatok said that Kamangu had left a legacy which will be a herculean task to live up-to for the next office bearer.

Kamangu is the first elected official of the Nairobi County Assembly leadership to vacate office as a result of the handshake and without being impeached.