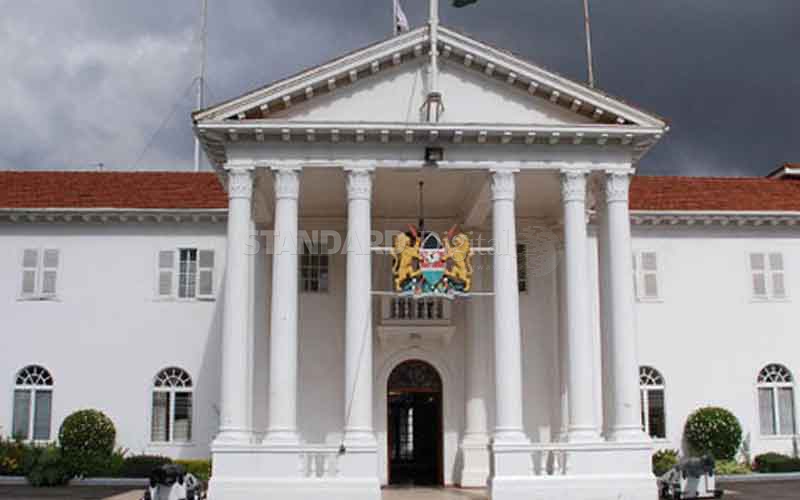 Four State House employees in Nairobi have been taken into isolation after they tested positive for Covid-19.

The four cases turned out positive on June 11 during mass testing at President’s official residence.

President Uhuru Kenyatta and the First family, who were also tested, are free of the virus, State House said yesterday.

“As part of proactive measures being implemented to contain the spread of Covid-19, State House staff are regularly tested. The tests are conducted on all staff including the President and members of his family,” read the statement.

Dena said families and close contacts of the affected officers are also being attended to accordingly.

To strengthen Covid-19 containment measures, extra access protocols for State House staff residing outside the compound and visitors have been rolled out, she added.

The measures include prior tests for those intending to visit State House.

Officials said another 10 staff whose results were inconclusive will be undergoing additional testing before they can be allowed outside their residences.

It is not clear how close the affected staff have been to the President and his family. Dena asked all to endeavor to fully adhere to the Covid-19 containment protocols as set out by the Ministry of Health.

More than 80 per cent of Kenya’s Covid-19 patients have been asymptomatic at the time they tested positive for the virus. The developments come in the wake of a series of meetings at State House.

Administrators at State House, however, said various measures had been taken to address fears of admitting those who may be infected.

Earlier, ODM leader Raila Odinga was handed over his test results which turned out negative.

He received the results from Prof Matilu Mwau of the Kenya Medical Research Institute Testing Centre.

Raila urged Kenyans to get tested and continue adhering to government guidelines, which include practising social distancing while in public places and sanitising regularly.

While taking his test, he said a Covid-19 certificate is becoming an important document as the world continues to fight the pandemic.

Meanwhile, the number of Covid-19 infections rose to 3,727 after 133 more patients tested positive.

Health Cabinet Secretary Mutahi Kagwe, speaking in Nyandarua while on a tour of the county’s health facilities, said 3,365 samples had been tested within the last 24 hours.

A planned meeting between the President and Council of Governors scheduled for tomorrow was postponed indefinitely.

This is to allow measures and protocols for Covid-19 containment to be put in place before the meeting takes place. Some governors had already arrived in Nairobi for the meeting.