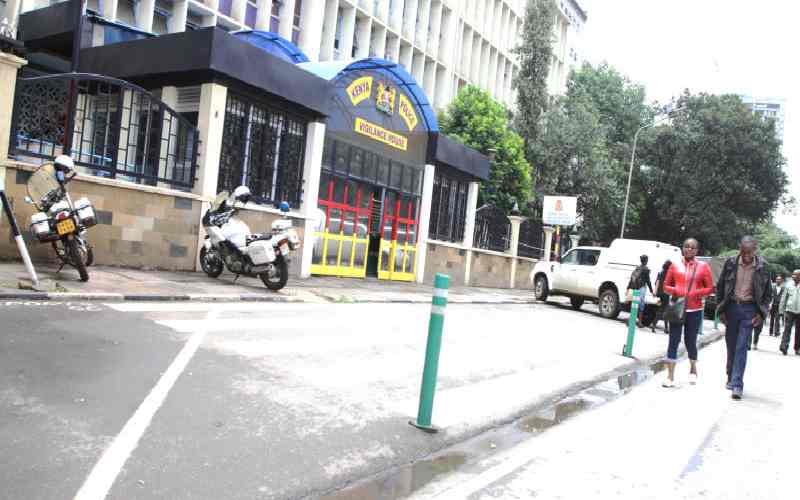 At least 20 senior police officers have been asked to proceed on terminal leave pending their retirement from service in June.

They have been replaced by new commanders amid reports of more changes to be announced at the National Police Service soon.

Among those who have retired include Kenya Police Service head of operations Henry Barmao, head of logistics Joseph Kiget, commandant of Administration Police Training College (APTC) Peter Muriithi and head of planning at police Silas McOpiyo.

Former head of fingerprints at the Directorate of Criminal Investigations (DCI) Patrick Ndunda was moved to the office of the Inspector General of Police and named the new head of planning and finance.

The new commandant at the APTC is Musa Kakawa while Geoffrey Otunge was named the director of operations at APS headquarters.

Gitiba Mwita will now be the commandant of Security of Government Buildings (SGB).

Wambua Kisyungu was named the new commandant of the Critical Infrastructure Police Unit (CIPU) while Richard Ngatia will take over as the boss at the Anti-Stock Theft Unit (ASTU) from Joseph Kodi.

The new boss at the Border Patrol Unit is Abdullahi Aden while Asnath Mumbu will be the boss of Administration Police Service (APS) band.

Others going for terminal leave include officers from the Directorate of Criminal Investigations Samuel Nyabengi, who was in charge of planning, and Western regional boss Shem Nyamboki