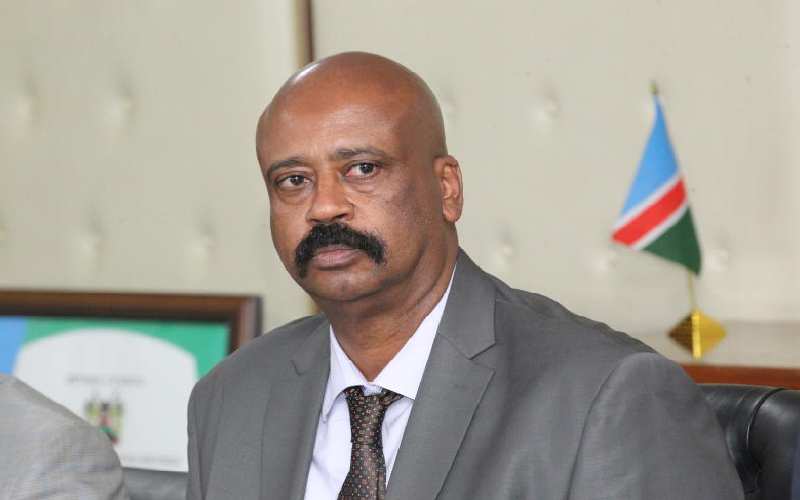 The Nairobi Metropolitan Service will now be in control of half of City Hall’s Sh36.9 billion budget for the 2019-20 financial year.

This comes as the deployment of county workers by the new city outfit entered its second day yesterday, as the staff in the transferred departments continued to receive their letters at Uhuru Park.

The Nairobi County Assembly on Thursday made changes to the County Finance budget in a bid to realign it with the transferred functions and in the process, the Mohamed Badi-led Nairobi Metropolitan Service was allocated Sh15 billion for the running of the health, planning and development, transport, public works functions and ancillary services. The functions were ceded to the National Government in February and effected on March 17.

City Hall was left with only Sh21.9 billion for the running of the other six functions — education, youth and social services, food, agriculture and forestry, devolution, public service and administration. Others are trade, commerce, tourism and cooperatives, finance and economic planning, ICT and e-government.

Budget and Appropriations Committee chairman Robert Mbatia explained that the transfer of the billions was necessary seeing that the transferred functions will be let go together with all assets and liabilities, including related pending bills.

"The budget therefore had to be adjusted. The delivery unit of the functions now falls squarely within the ambit of NMS under the stewardship of the director general," said Mr Mbatia.

The changes, however, meant a budget cut for Nairobi Governor Mike Sonko.

The Assembly slashed approximately Sh203 million from the budget of the Office of the Governor in order to aid the operationalisation of the Nairobi Metropolitan Service.

The recurrent allocation for disaster management coordination under the Office of the Governor was reduced by Sh65 million.

On the flip side, key sectors got a shot in the arm to fast-track service delivery.

The allocation for solid waste management under contracted guards and cleaning services was increased by Sh400 million to cater for NYS expenses, casuals and other garbage collection costs.

A further Sh80 million was allocated for payment of unpaid bills for casuals for the months of September, October and November 2019 salaries.

To support e-government platforms, Sh75.9 million was allocated for maintenance of the data centre at City Hall while Sh65 million was dedicated to training of new recruits and purchase of their uniforms under the Fire department.

An additional Sh90 million was allocated for the contract on Integrated Revenue Management System, days after the Kenya Revenue Authority through its strategic takeover plan announced that it would be setting up a revenue collection system dubbed "Taifapay". It is expected to be implemented by July 2020.

During the formation of the NMS task force, President Uhuru Kenyatta tasked it with dismantling cartels at City Hall, streamlining renewal projects such as urban housing in Pangani and Jevanjee, as well as implementation of the Nairobi railway master plan.

It was also tasked with streamlining of building approvals and licenses, decongestion of the city, tackling the garbage menace and operationalisation of non-motorised transport goals such as installation of walkways within 100 days.

The newly-formed office is further expected to reform the water and sanitation sectors, sewerage, health, roads and housing.

Previous article
To beat covid-19, counties must emulate Mombasa
Next article
Pregnancy made me hate my husband's voice, cooking