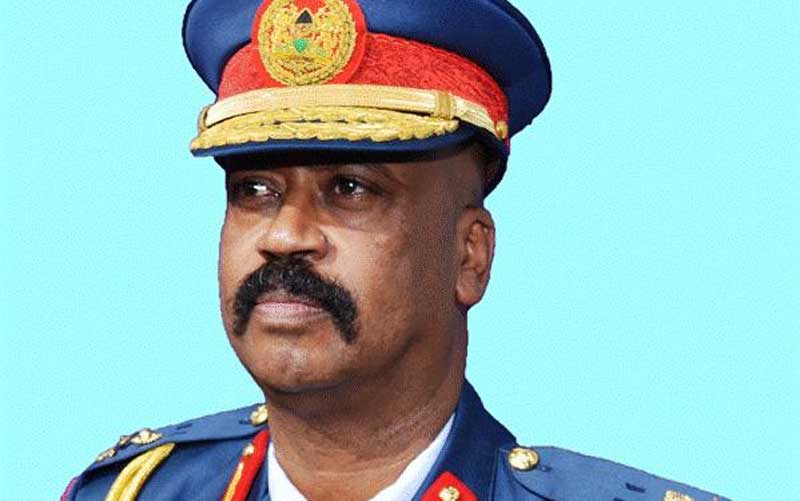 The new Director-General will be deputised by Enosh Momanyi, whose term begins today, March 18.

The NMS is now in charge of some functions of the Nairobi County which have been transferred to the National Government.

Uhuru asked the general to end the rampant corruption in the county and cartels who run important functions, rendering slow growth in the county.

“I have tasked the Nairobi Metropolitan Services to bring an end to the corruption and dismantle the cartels that have slowed growth in the county,” the president said.

Uhuru also pledged full support from the government towards achieving this goal.

The two have also been tasked with streamlining urban renewal projects, for example, those along Jevanjee and Pangani areas in Nairobi.

The president was speaking during the official hand-over of some functions of the County Government to the National Government at State House, Nairobi.

He said that the biggest problem the county faced were corruption and cartels.

“In recent weeks, we have witnessed a lot of uncollected garbage in some streets in the CBD. These cartels either controlling water supply or issuance of permits have made service delivery almost impossible,” he said.

“Forty per cent of the country’s GDP is produced in Nairobi, hence for the county to continue as such, it is paramount that services are provided timely,” Uhuru added.

It was at the State House function that Nairobi Governor Mike Sonko officially transferred some functions of the county to the National Government, 21 days after the execution of the deal on February 25.

Kenya Revenue Authority (KRA) will now oversee revenue collection in the county while the Public Service Board takes over the county’s affairs.

The transferred services include Health, Transport, Planning and Development, and Public Works.

The decision by Sonko to surrender key county functions to the national government last month was considered the least disruptive of the options available to address the leadership crisis at City Hall.

This means the county will surrender substantial revenues generated by these key dockets as well as forego billions of shillings allocated from the county’s share of national revenue as corresponding resources must be taken back to the national government- which essentially leaves the governor with a shell.

Article 187 of the Constitution provides that a function or power of government at one level may be transferred to a higher level of government.

Sonko signed away the city’s devolved functions to the national government, effectively losing his grip on his chaotic reign at City Hall.

State House described the decision as a breakthrough that will ensure Nairobi residents receive services efficiently.?

By Nathan Ochunge 53 mins ago
Premium Who will tame the cancer monster?

By Mike Kihaki 53 mins ago
Premium Where former regional commissioners have been taken to
.