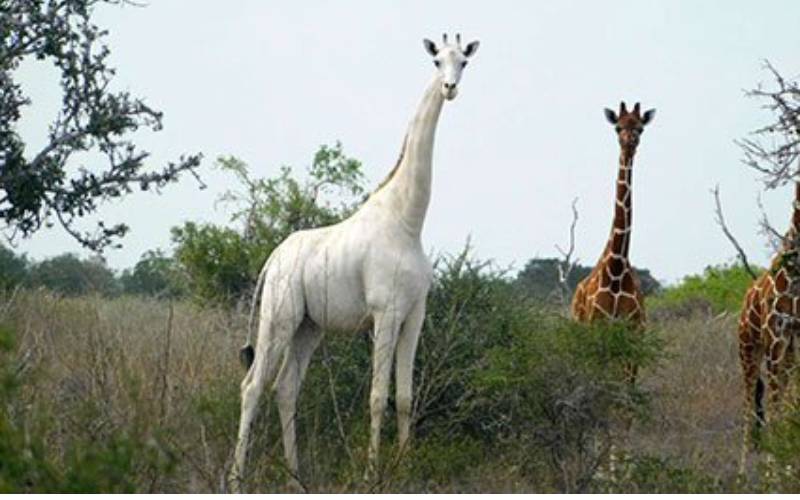 Poachers in Ishaqbini Hirola Conservancy in Garissa County have slaughtered the only remaining rare white female giraffe and its calf in Kenya.

The carcasses of the two were found in a skeletal state, meaning they could have died a long time ago.

In a statement on Tuesday, the conservancy’s manager Mohammed Ahmednoor said that the poaching was confirmed by rangers and some community members.

“This is a very sad day for the community of Ijara and Kenya as a whole. We are the only community in the world who are custodians of the white giraffe. Its killing is a blow to the tremendous steps taken by the community to conserve rare and unique species and a wakeup call for continued support to conservation efforts,” Ahmednoor said.

The mother and calf were first spotted at the Ishaqbini Hirola Conservancy in Garissa County.

The white giraffe made headlines and put a remote community conservancy in Ijara, Garissa, on the global map in 2017 after its discovery, with its unique white skin.

It had a condition known as leucism, hence the whiteness, but wasn’t an albino.

Ahmednoor further said that the loss of the giraffes was a big loss to the county as they attracted tourists.

“This is a long term loss given that genetics studies and research which were significant investment into the area by researchers, has now gone to the drain. Further to this, the white giraffe was a big boost to tourism in the area,” he said.

He added that “After this incident, only a lone bull remains.”

Giraffes, which are the world’s tallest land mammals, have been declared “vulnerable” to being killed because of poaching and a loss of habitat, according to the Red List of Threatened Species report published in 2016 by the International Union for the Conservation of Nature.

Last August, was when the giraffe gave birth at the Ishaqbini Hirola Community.

In December 2019, poachers killed two southern white rhinos in Lewa Wildlife Conservancy in Meru County and stole their horns after breaching the highly an electric-fence.