Mt Kenya roots for ‘one man, one vote, one shilling’ 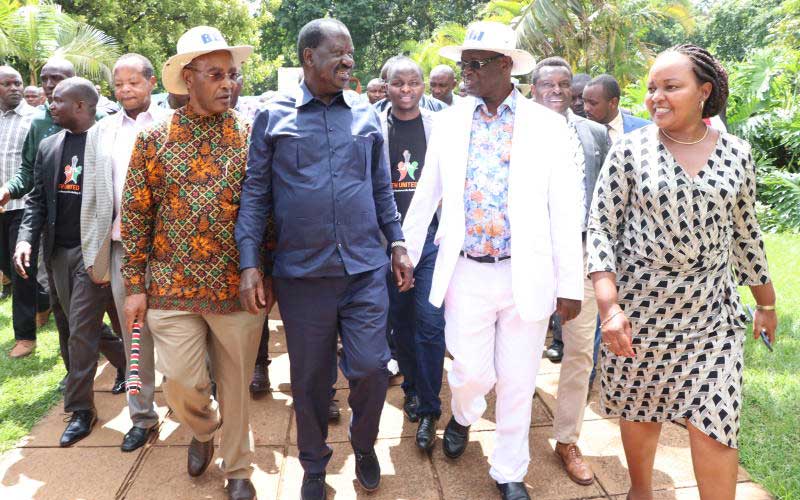 Mt Kenya region leaders are seeking for the equitable allocation of revenues based on the principle of ‘one person, one vote, one shilling’. The leaders who said the region produces 30 per cent of the national revenue want the counties revenue allocation set at 35 to 50 per cent saying they do not want to be marginalised. “We would like for the productive counties to be rewarded so that we are motivated to do more,” said Nyandarua Governor Francis Kimemia who read the memorandum during the Building Bridges Initiative (BBI) rally at Meru’s Kinoru Stadium.

The region also seek for a guaranteed minimum prices of tea, coffee, milk, green grams, khat and rice among other products produced in the region. Among other proposals include the introduction of the proportional presentation system which they said will help them gain political power in proportion to their numbers. The leaders also want the inclusion of the two-third gender rule be included in all sectors including the executive consisting of the President, Deputy President and Prime Minister. They also seek for five per cent allocation of public appointments to persons with disabilities.  The leaders said they fully support the BBI, as they affirm on the fight against corruption in Kenya