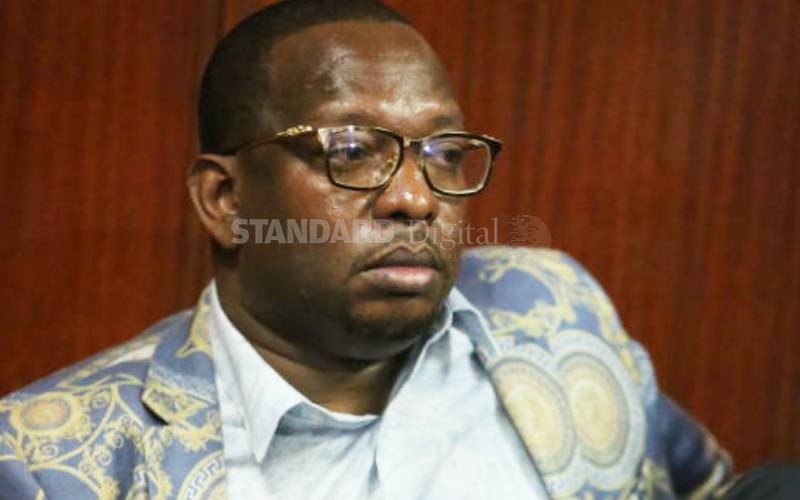 The MCAs listed 16 grounds for removal of the governor, including abuse of office and irregular procurement of services. These include irregular awarding of a Sh1.5 billion tender for construction stadia, among them Dandora Stadium. Sonko has also been accused of unilaterally sacking of staff through social media without fair hearing and failing to name a deputy governor despite an advisory by the Supreme Court. The governor's efforts to avoid a leadership vacuum in the county further hit a snag when the High Court barred the Nairobi County Assembly from vetting his Deputy Governor nominee, Anne Kananu. Justice Mumbi Ngugi gave the orders until a case by a petitioner, Peter Agoro, is determined.

Agoro moved to court arguing that the nomination amounts to “a direct affront to the orders issued against the governor in December last year”. Sonko nominated Kananu on January 6 to fill the position occupied by Polycarp Igathe, who resigned in January 2018. Acting Nairobi County Secretary Leboo Morintat in January took over operations at City Hall following Sonko's prosecution over the alleged loss of Sh357 million. The move came barely four days after the county assembly called on the national government to provide assistance in the running of county affairs, citing the leadership vacuum as a precursor to poor service delivery by the executive. Corridors of justice On January 16, Sonko suffered a setback after the High Court declined to stop the hearing of the graft case filed against him. He faulted the State for preferring charges and investigating him, claiming bias and vested interests by Ethics and Anti-Corruption Commission (EACC) officers. In the case, Sonko is fighting the agency’s probe into whether he was involved in suspected irregular construction of Dandora Stadium at Sh350 million and suspected loss of Sh160 million in a garbage collection contract. The agency is also probing Sonko on claims that he may have faked his self-declaration form in the run-up to the 2017 General Election.