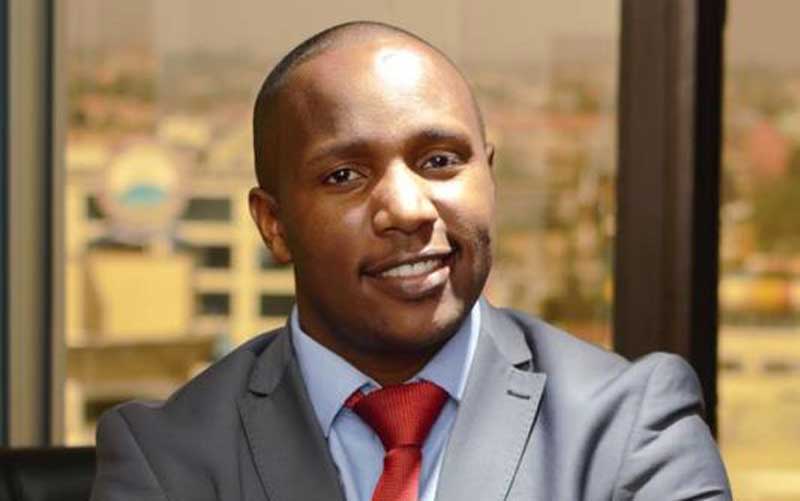 Nairobi Governor Mike Sonko has recorded a police statement refuting claims that he threatened the chief executive of a firm once contracted by City Hall.

JamboPay CEO Danson Muchemi (pictured) has alleged a threat to his life following a road accident that saw him hospitalised for six days.

Mr Muchemi, whose Web Tribe company had been contracted to install a revenue collection system for the Nairobi County Government between 2014 and 2019, has alleged that Sonko was behind his woes.

Muchemi recorded a police statement where he detailed how Sonko allegedly threatened him two days after he wrote a demand letter reminding the county government to pay him Sh16.1 million owed for services rendered after the termination of his firm's contract in April last year.

The statement was recorded on Saturday at the Directorate of Criminal Investigations (DCI) office in Kilimani under OB No 36/22/2/2020.

"On the 20th day of February, 2020, I received a phone call and the caller identified himself as Nairobi Governor Mike Sonko. I confirmed this since I know his voice well, having communicated with him in the past,” read the statement.

Muchemi said he felt his life was in danger, and that prompted him to report the matter to the police.

The CEO said prior to talking to Sonko, he was involved in an accident on February 9, 2020, while driving along the Nyahururu-Gigil road after a lorry rammed his vehicle.

He said he sustained serious head injuries and was admitted to the Aga Khan Hospital for a week.

“With the cause of the accident, which has remained unexplained to me, and now the threats to me, I really feel my life is in danger and seek for the speedy resolution of the matter."

But in a rejoinder, Sonko termed Muchemi's claims as false, malicious and fictitious. In a statement recorded on the same day, Sonko admitted that he had called Muchemi on February 20, but about a different issue.

Sonko also recorded his statement at Kilimani Police Station under OB No 41/22/2/2020.

The governor claimed he called Muchemi on his personal phone to let him know that he had received his demand letter for payment of Sh16.1 million, dated February 18, 2020, and that it would be dealt with accordingly.

Sonko also denied having threatened Muchemi and any involvement in the CEO's road accident. "I further wish to state that my communication with him was purely based on his company’s letter, a fact which he did not disclose in his report and statement to the police.

“I find it strange that he also reported the matter two days after the alleged threat. I request the police to do a thorough investigation into the allegation," said the governor.