Court to rule on Lenolkulal bail terms this Thursday 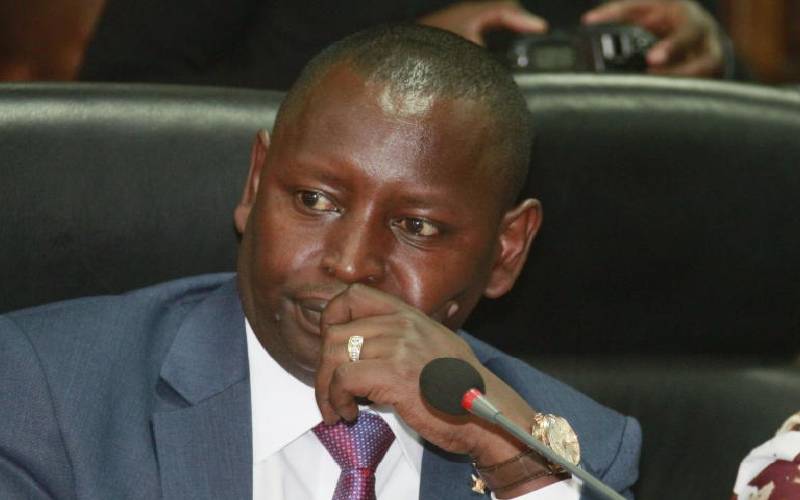 The court will on Thursday rule on whether Samburu Governor (pictured), Moses Lenolkulal’s bail terms will be cancelled or not.

When the matter was up for hearing before magistrate Thomas Nzioka yesterday, all the parties made their submissions.

The Director of Public Prosecutions (DPP), who wants the governor's bail canceled, has accused him of failing to obey the court order that barred him from accessing office.

Lenolkulal reshuffled his County Executive Committee (CEC) through a gazette notice and the DPP argues that this is against the orders of the court.

"Governor Lenolkulal is in contempt of court and the court should punish him for disobeying its orders," argued Wesley Nyamache, a State Counsel acting for the DPP.

The DPP says the governor’s repeated acts of reshuffling and re-assigning officers of the Samburu County Executive Committee amounts to interference with witnesses, contrary to the clear terms of bail, barring him access to the county offices.

Lenolkulal in his response said that he was not suspended from office and a ruling by magistrate Douglus Ogoti found that he did not breach any of the bail terms.

“I am advised by my advocates that the question as to whether I can reshuffle the Samburu County Executive Committee and whether the act of reshuffling amounts to the breach of my bail terms has already been determined by this court in the ruling delivered on May 15, 2019,” said Lenolkulal.

He argued that there is no existing court order, barring him from discharging his constitutional mandate as the governor. "I am, therefore, able to discharge all my duties as governor of Samburu County," he said.

Ngonyo warned that the high off-take rate would render the donkey trade unsustainable.