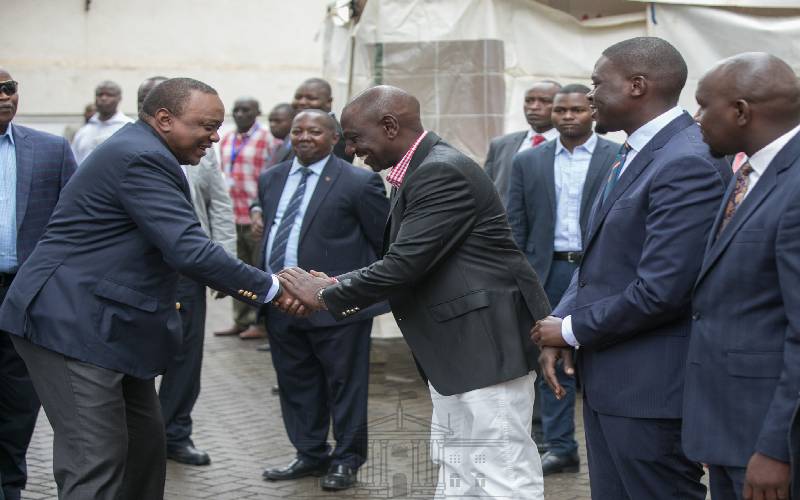 While addressing the congregation, President Uhuru pledged to support the church in their daily work in shaping the society.

“We seek to serve man, but man on earth without soul is no human being, hence the church plays a major role in saving souls,’ said President Uhuru.

He hailed the church for supporting the government in education and health sector and counselling the youth on how to live.

The two joined the faithful for a Sunday mass at Africa Inland Church (AIC) Milimani, a day after the Building Bridges Initiative (BBI) rally attended by their allies. 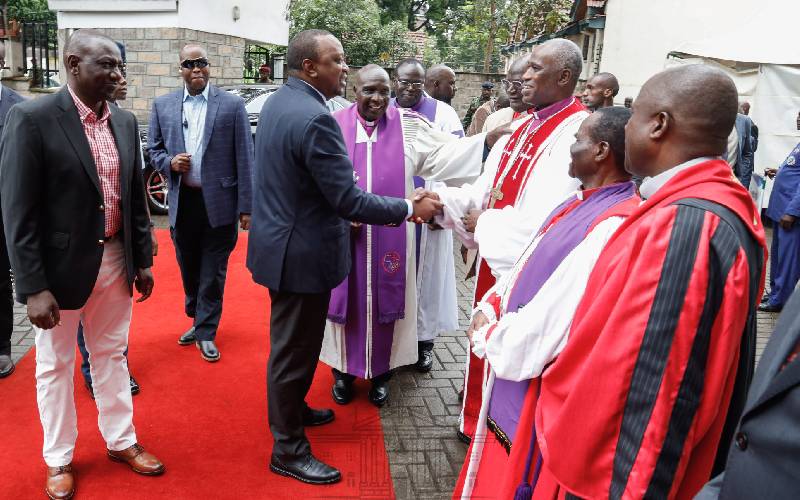 The move to attend the same function caught Kenyans by surprise, following reports that their friendship is in the rocks over the 2022 succession politics.

The relationship has also been affected by emerging camps in the Jubilee government.

The suspicion is said to have led to the recent Cabinet reshuffle which saw those allied to DP Ruto kicked out.

The talked about tension was missing as the Ruto welcomed his boss in the church amid cheers from the congregation.

Though Ruto did not attend the Mombasa BBI rally and had a function in Cheregani in Trans Nzoia, his allies led by Murkomen attended the rally and supported the push for a referendum.

"It is no longer about us versus them, we are united. We have all agreed that we go for a referendum to pass the report," Murkomen said to cheers from the crowd.

Mulwa was elected as the new AIC presiding bishop last week after the retirement of Bishop Silas Yego in December 2019.