Ouko: State auditor whose shoes have been too big to be filled 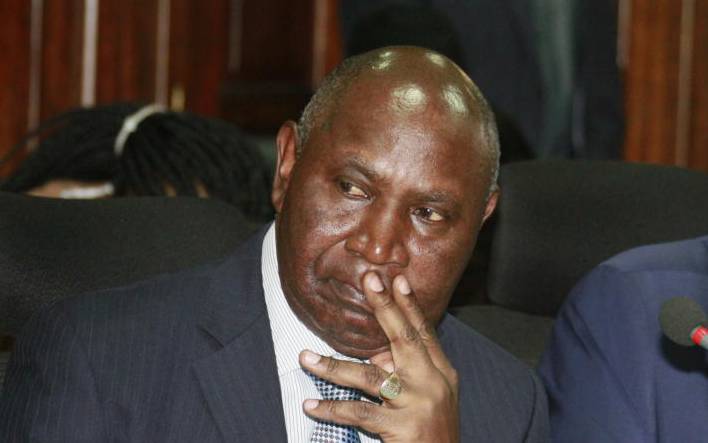 Three senior officials have failed in their pursuit to succeed their former boss Edward Ouko (pictured), the retired Auditor General.

They almost made it, but could not convince the interviewers that their skills and experience were sufficient to occupy the highly-sensitive office.

William Agunda, David Gichana and Sylvester Kiini all deputised Ouko for years and were among the 17 who made it to the shortlist.

In August 2019, Mr Ouko retired, closing the curtains on a magnificent yet equally controversial run in public service.

Before officially taking up the position in September 2011 on an eight-year non-renewable contract, Ouko had a flourishing career at the African Development Bank (AfDB).

There, Ouko had ambitiously scaled through the ranks for over 24 years, rising to become the multilateral organisation’s auditor general tasked with heading not just the audit, but also the fraud and anti-corruption units of the institution.

Ouko’s retirement has had far-reaching implications, particularly to State agencies and corporations, owing largely to the slow and challenging selection of a successor.

Last week, four months after Ouko’s retirement, the panel selected to find his replacement chaired by former Deloitte East Africa CEO Sammy Onyango announced that the seven-member panel had failed to find three candidates to forward to the president as required. Therefore, Onyango stated, the position was being re-advertised.

The announcement raised eyebrows, particularly since Mr Onyango stated that the 17 interviewed for the position possessed the academic and technical qualifications.

Many Kenyans have consequently viewed the delay as a deliberate move to find a candidate who will cover up corruption in government, with some opining that it was strange that the government failed to search for a successor early since it was already known that Ouko’s term was coming to an end in August.

As a result of his sluggish replacement, several institutions, including the Central Bank of Kenya and State corporations such as Kenya Power have failed to publish their reports for the 2018/2019 financial year since their financial books need to be audited and signed by the Attorney General before release.

Some of the institutions listed at the national exchange risk fines, experts have warned.

Out of 70 candidates - 59 male and 11 female - who had applied for the position, 17 went through interviews, but none appealed to the panel, Onyango told the media. He said the applicants lacked unique traits like tactfulness and diplomacy, which are required to handle the pressure that comes with the office.

“The interviews were to dig deeper to look into the person who got the character to hold an independent office and must have the tact and diplomacy to handle the relationship between the three arms of government,” said Onyango.

Indeed, taking over the Office of the Auditor General is no mean feat, as evidenced by the intrigues and controversies that rocked Ouko’s tenure, a period that was marked with runaway corruption and looting throughout the government.

During his tenure, his office exposed widespread corruption in various counties and government agencies through audit queries, including questioning the Eurobond, actions that earned him many enemies along the way.

However, despite their publicity, many of the audit reports failed to produce a significant impact, a fact Ouko admitted to in his final briefing as he ended his term.

“As things stand now, our reports are always greeted with the statement "the auditor has flagged down all these issues, so what? We would like actions defined in the law to avoid this question of so what,” Ouko said, expressing frustration that action was rarely taken following the exposes by his office, which were therefore not impactful.

The lack of action following his reports was just one of the many challenges Ouko faced in his endeavour to promote accountability in the use of public funds.

Reports of graft also rocked the Office of the Auditor General during the eight years Ouko headed it, as accusers sought to have him removed. But Ouko continually dismissed these accusations as a witch-hunt, an attack for his exposes on corruption in different government agencies and poking holes in spending by the national and county governments.

The Ethics and Anti-Corruption Commission, for instance, in 2017 called for Ouko to face charges of abuse of office and disregarding the laws of procurement. According to EACC, Ouko and his deputy, Stephen Kinuthia, had irregularly awarded a software contract worth an exaggerated Sh100 million, resulting in millions of kickbacks.

The then Director of Public Prosecutions Keriako Tobiko, however, dismissed the report, stating that the available evidence failed to support the claims against Ouko.

Emmanuel Mwonganah, a petitioner, failed to have Ouko removed from office for allegedly misusing public resources and failing to submit audit reports to Parliament and the president, which Ouko termed as a witch-hunt.

But High Court Judge George Odunga in September 2017 ruled that Parliament failed to follow the Constitution by denying Ouko the right to cross-examine the petitioner.

“For those who doubt there are clean, competent men and women in this government, there goes Edward Ouko who went in clean and competent and leaves as he came with head high,” said Anglo-Leasing whistle-blower John Githongo on Ouko’s retirement, sentiments that were echoed by many other Kenyans.

For his efforts, Ouko and his office were recognised for promoting accountability, winning awards such as the Regularity Audit Award of Recognition in 2018, for “the most visible and efficient” implementation of the Financial Audit Manual and Compliance Audit Manuals since they were adopted in November 2017.

Moving forward, Kenyans will be watching to see Ouko’s replacement and the impact he or she makes in ensuring accountability in the use of public resources.