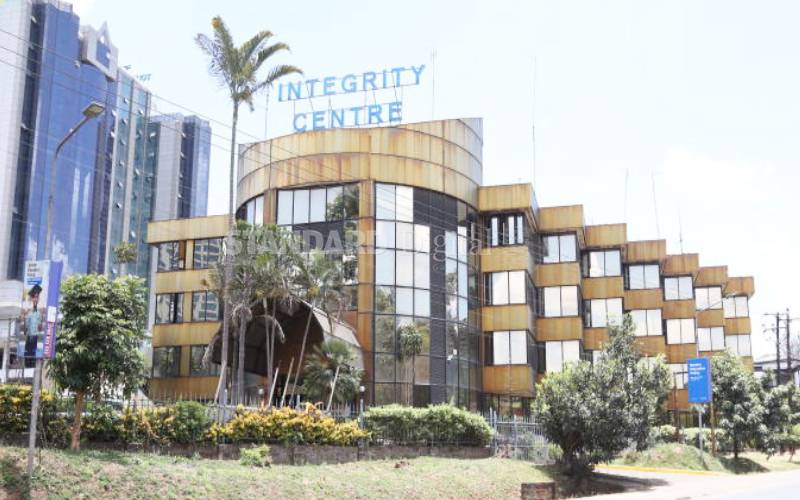 The anti-graft agency wants the Director Public Prosecution (DPP) Noordin Haji to approve the prosecution of 14 individuals over alleged Sh110 million public land fraud in South C. The controversial land is at the centre of a protracted war between Nairobi Governor Mike Sonko and the Ethics and Anti-Corruption Commission (EACC). Sonko has accused EACC of colluding with the alleged grabber at the expense of public interest and accused a senior official of being a beneficiary. However, The Standard has now established that the commission has forwarded the file to Mr Haji’s for action, recommending the prosecution of a city tycoon who has claimed ownership of the land.

According to EACC particulars seen by The Standard, the land reference number Nairobi/Block 103/793 was irregularly allocated by the defunct Nairobi City Council to a beneficiary and, therefore, irregularly transferred to the tycoon. “The allotment letter, PDPs and lease were all fraudulently obtained. The current value of the land is Sh110 million.” The detectives also said investigations found public officials and other private citizens received kickbacks immediately the money was remitted to the vendor’s advocates. As a result, the EACC now want the businessman alongside 13 others to be charged with graft after the commission completed its probe following complaints lodged by residents of Mugoya Estate on the 23rd of July 2018. According to the findings, the initial beneficiary of the land and his wife who were the vendors received Sh8.25 million, a chief officer at the county who approved survey works and forwarded them to director of survey received Sh10.35 million. Others included the vendor’s advocate who pocketed Sh3.9 million, while a firm that surveyed the land got Sh6 million and the broker was paid Sh4.25 million. Others in trouble are three firms that received Sh1.72 million, Sh6 million and Sh1 million as well as two brokers who got Sh500,000 each.

SEE ALSO: Why EACC is after university over multi-billion-shilling building