Mike Sonko: When your charm deserts you, friends stay away too 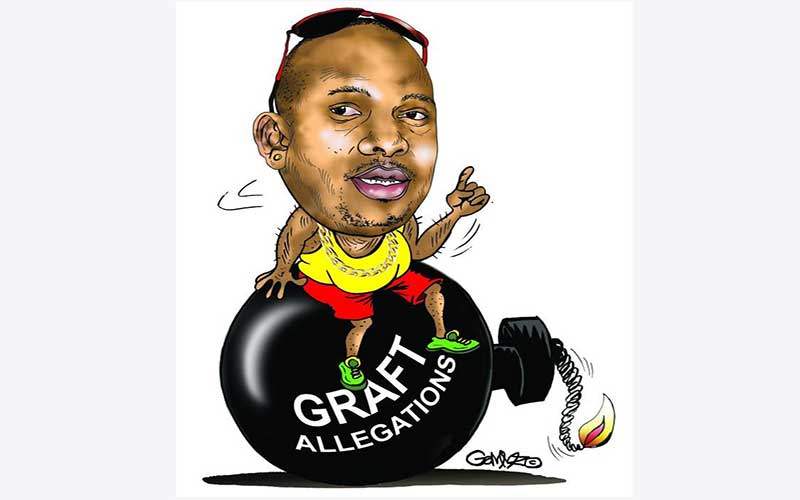 Nairobi Governor Mike Sonko’s house of cards started to collapse on him on Friday after the cat and mouse game he was playing with investigators ended dramatically in rather painful and embarrassing arrest at Voi. It was also a well publicised police chase.

Unlike previous times when he has been controlling the narrative, this time it was not him who leaked audio or video files to media outlets. He did not have time to live-broadcast the drama on his social media pages.

On Friday, it dawned on him and a bevy of supporters that eventually, if the will is there, the law will always catch up with you. And more crucially, when it does, dignity is often an afterthought and personal comfort relegated to the back-burner.

He also learnt that law breaking can be a fairly lonely adventure. For the first time in a long time, Sonko was not surrounded by the multitude of praise singers that always seem to be by his side.

There were no young men dressed in red overalls to defend him and prevent his arrest. There were no young men to sing his praises and engage policemen in running battles, coughing up sputum after choking on teargas for the love of their dear leader like they did on the day he appeared before the Ethics and Anti-Corruption Commission (EACC).

Instead, he was alone, handcuffed and manhandled into a waiting police helicopter to spend the weekend in a police cell.

For two years now, Sonko has been the script writer, casting director and main actor in what has been a poor production of the show, Nairobi, since 2017. As services break down and garbage and chaos reign supreme, Sonko’s solution has been to provide regular updates of his lifestyle through sharing photographs of opulence.

Just last week, images of what looks like a gold-themed dining room made rounds on social media. Although it is not known how much he was worth before he became governor, what is known, is that over the past two years, his propensity to rub off his wealth in the noses of the citizens who elected him has been on the increase.

Hurling profanities to critics has also gone several notches higher, never shying away from his homophobic ‘S’ word, throwing it around like Santa Claus dishing out presents. Slapping it on the foreheads of both real and imaginary enemies.

The profanities aside, the other thing that has been heightened is his sense of style. From designer sun glasses, boutique jump suits to exorbitantly priced shoes all competing for attention for the eyeballs that wander around Nairobi. Behavioural specialists would say this points to some form of over compensation on the part of the governor for something that is missing.

As Friday’s arrest loomed large, the sense that had been heightened the most for Sonko is his paranoia. Over the past year, it has become like a super power. From secret cameras, secret recordings, secret documents, secret State House plots, secret plots to poison him, enemies at work, enemies at home, enemies in and out of his head, Sonko has been operating like a KGB oligarch with no friends.

The paranoia has meant he chooses to trust no one, turning City Hall into a game of musical chairs, firing and shuffling staff at will with little regard to the importance that continuity has to play in the running of a city.

Like former governors that have found themselves behind in the dock, Sonko will most likely find himself lonely, perhaps thinking of all those lavish parties he has held for strangers at his Mua Hills home. Most of them will not visit him over the weekend. Many will definitely stay away.

Granted, somewhere under the gold chains and rings, the shiny suits and the fake rasta hat, there could be a good, considerate and thoughtful man. Somewhere under the mountain of evidence presented by the EACC on corruption allegations within his county, there might lie the best of intentions for Nairobi.

Sadly, Kenya’s capital has seen none of this.