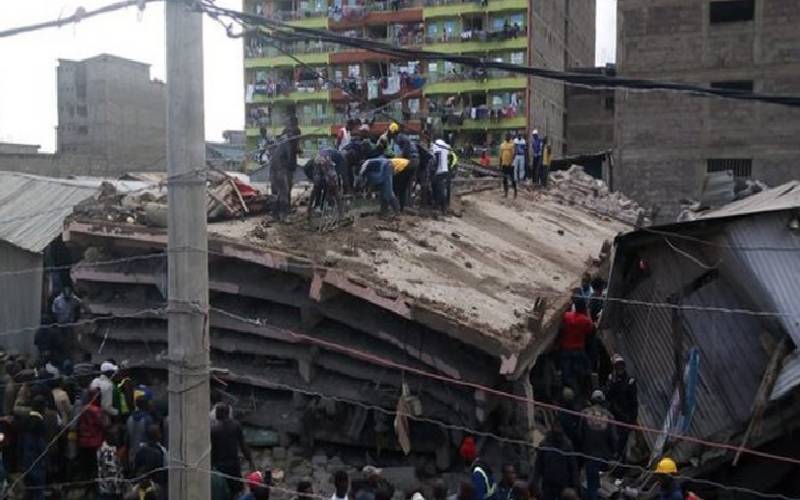 Several people are feared trapped in rubble after a six storey-building collapsed in Tassia Tasia in Embakasi East constituency, Nairobi.

Tasia residents have joined in to help in efforts to rescue those trapped.

Medical and emergency teams, however, had difficulties to reach the site due to poor state of the roads following heavy rains in recent weeks.

Police are yet to issue an official statement following the Friday morning incident.

The cause of the sinking is yet to be established but, some residents have linked it to heavy rains coupled with poor drainage.

“The area has been bad since the rains started and it has very poor drainage,” said resident Ken Odero.

More than 100 families have fled.