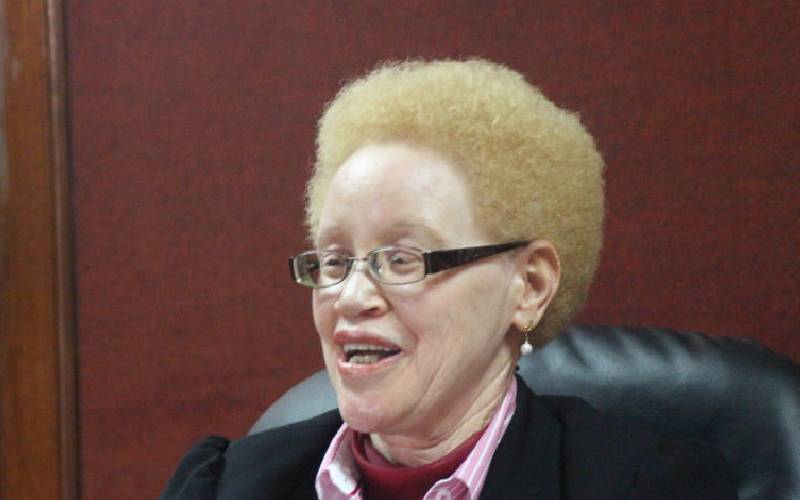 Lawyers and human rights activists are calling for MPs and MCAs facing criminal charges to be barred from office.

This follows an earlier ruling by High Court Judge Mumbi Ngugi (pictured) that has barred governors facing trial from office.

Several MCAs are also embroiled in criminal cases including misappropriation of public funds.

Ndung’u Wainaina, who filed a case against President Uhuru Kenyatta and his Deputy William Ruto in 2012 on their suitability to run for political office when they were facing charges at the Hague, said the issue of integrity is well explained in the Constitution.

“The ruling in our case did not exonerate leaders who have questions on their integrity," said Mr Ndung’u.

"Public or State officers whose integrity is in question should never be near any office. It should apply across board and should affect all elected leaders, including MCAs.”

Isaac Okero, former Law Society of Kenya (LSK) president, said at the heart of the problem is Chapter Six of the Constitution on leadership and integrity.

“This chapter suffered a near fatal political blow at the very start of our constitutional journey when it was at the centre of a highly charged political debate and litigation that preceded 2013 election,” Mr Okero said.

The consequence, Okero argued, has been that public officers facing criminal charges have a significant legal authority to cite placing their presumption of innocence far above the constitutional imperative to uphold integrity in public service.

“Justice Ngugi’s decision is a welcome signal that the courts are now ready to give teeth to Chapter six. This is a hugely important decision in the war against corruption and impunity,” Okero said.

Wiper party leader Kalonzo Musyoka also waded into the debate, saying any state officer linked to corruption should step aside.

“It is impossible for a governor or any officer to stay in office before being cleared of charges. I praise Justice Ngugi's ruling," said Kalonzo.