NLC to compensate squatters locked out of land for 24 years 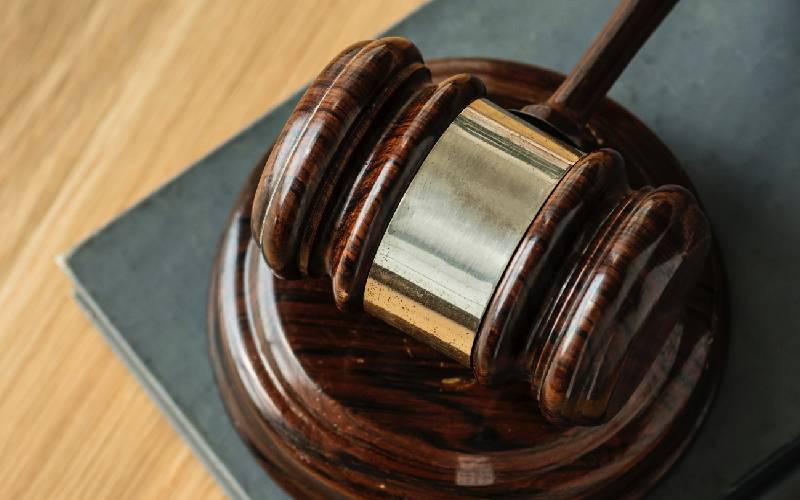 The National Land Commission (NLC) has agreed to compensate some 10,000 squatters who have been denied access to 86,000 acres of land in Mau Narok for 24 years.

After a year's court battle between the commission and members of Kalimbula Investment Squatters, parties agreed to a mediated agreement yesterday.

Deputy Registrar of the High Court Margaret Kyalo directed that the case be placed before the trial judge Justice Rachel Ng’etich for further orders.

“The matter will be returned to trial court for parties to conclude the same by way of consent as it seems that they have come up with an agreement,” directed Ms Kyalo.

According to the plaintiffs' attorney John Githui, the commission, which is the first defendant in the case, has agreed to compensate the squatters.

“We have the report presented in court from the annexed mediation. We came to a significant conclusion that the squatters have the right to be compensated,” said Mr Githui.

He asked the magistrate's court to refer the matter to the High Court to enable the parties agree on the terms of compensation.

The file was handled in the magistrate's court since the trial judge was away.

The judge made the orders for the parties to settle the matter through court annexed mediation after it took note that the case has never proceeded since 2011 when the suit was filed.

The squatters had moved to court in 2011 and sued NLC and the Attorney General (AG), claiming that they were never allocated the land despite paying for it.

According to the suit papers, the plaintiffs applied to be allocated land in Mau Narok, measuring 86,380 acres on October 1993.

The allegedly sought and obtained consent to sub-divide the land which was to be allocated from Nakuru District Land Control Board.

“A sub-division plan was prepared and was approved by Physical Planning Development of the Ministry of Lands and Settlement and County Council of Nakuru and a Sh1.9 million was paid as land rates and other approval fees,” reads the suit.

The plaints submitted that they incurred Sh9,994,195 as costs for consultations, subdivision fees, land surveys and environmental impact licence fees and a further Sh362,000 as expenses in the allocation process.

“The plaintiffs were allocated land in Njoro and Molo and issued with allotment letter dated May 9, 2005 and paid an annual rent of Sh637,000 to NLC for the land,” read the suit.

The complaints claim that even after the acquired parcels had been de-gazetted as forest land before the allocation, the defendants refused to complete the allocation process.

“The plaintiffs seek payment of Sh17,914,499 for the amount of money spent during the entire process of acquiring land, they also seek compensation for the loss of 86,380 acres of land currently settled on by other people, damages and costs of the suit and interest,” reads the suit.

NLC denied all the allegations made by the plaintiffs.

Langa’at, 52, said his mother was the first victim of the disease suspected to be hereditary.