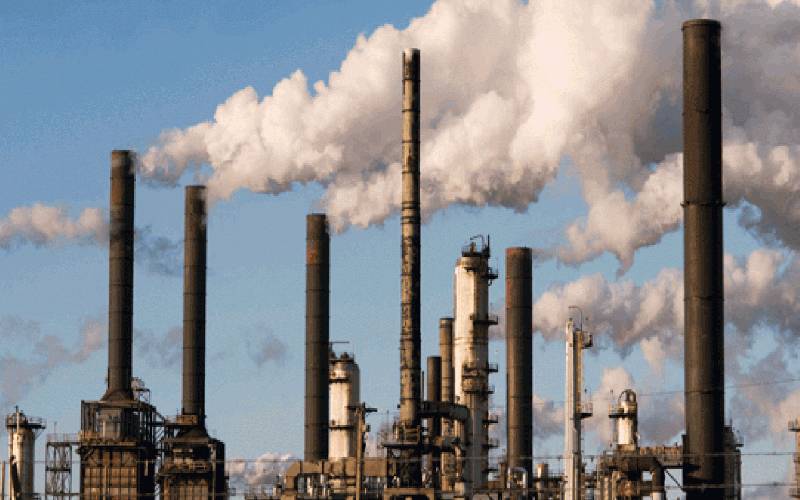 The Government has now ordered investigation into the toxic emissions by companies in Nairobi South following complaints by residents.

This comes two weeks after residents of South B and South C complained of a strong pungent smell since March 5, which they blamed for the hospitalisation of at least four children.

Speaking to The Standard, complaints committee Chairman John Chumo confirmed that he had dispatched a team that would prepare a preliminary report and present it to the CS.

“We are currently meeting with the affected families and we will then visit the factories where the gases are suspected to be coming from. This will help us to compile a report,” said Dr Chumo.

The chairman added that the relevant agencies would be analysing the quality of gases emitted by the factories identified and if found culpable, the owners would be arrested.

Chumo said his committee was relying on air quality machine owned by Nema that had been on the ground for the last three days.

“We are not sure how long the investigation will last. The officials need to find out the equipment being used so that they can prepare a report,” he added.

Residents in Nairobi South raised concerns over emissions by factories that they feared would lead to health complications.

The residents of the estates located on Mombasa Road said the noxious gases, which were often emitted at night, were causing respiratory problems especially in children, who were then exhibiting symptoms such as nose bleeding, vomiting and sore eyes.

County Assembly Majority Whip Waithera Chege, who is also the South B MCA, threatened to sue the Government if the issue was not hastily resolved.

Ms Chege was concerned that the pungent smell was recurrent, especially at night, saying it was a risk, especially now that schools were closed.

Last week, she said, another child was hospitalised with breathing complications after inhaling the toxic gas.

“Children and even adults with asthma are the most affected by the toxic gases and the issue seems to be getting out of hand. If the issue is not promptly addressed, I will have no option but to sue the Government,” said the MCA.

She further disclosed that the county government was in the process of acquiring air filters in the next two to three months.

Nairobi County Environment Chief Officer David Makori said investigations on the matter had begun and that the county had mapped out 20 companies.

Mr Makori said the toxic emissions had been narrowed down to three companies.

By Kamore Maina and Brian Okoth | 14 hours ago