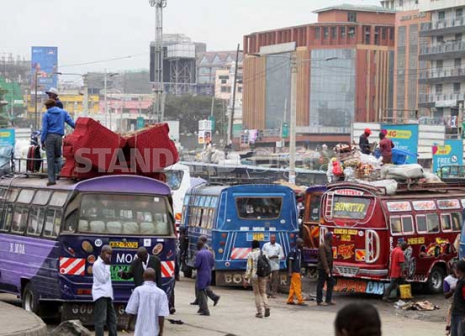 "Shops here were closed as early as last week. Even, the 'mama mboga' who sells vegetables and other groceries travelled home last week. Her shop is the nearest to the estate and therefore we have to walk a longer distance to get vegetables," said Evelyne Mwai, a Roysambu resident. [Mercy Odhiambo]

Voters grappling with illegal voter transfer ask IEBC to act
National
By Renee Were
1 hour ago
Let's not just speak Swahili; let's spread it to all corners of globe
Editorial
By Editorial
1 hour ago
Premium Raila says no elections without manual voter register
Politics
By Fidelis Kabunyi
2 hours ago
Change the mindset, change the politics and change the economy
Opinion
By Ezer Nguono
4 hours ago
.

By David Njaaga 12 hours ago
Police, suspect killed in Kahawa West shoot out