I’m not a poor man and my wealth is legal, says Tunoi 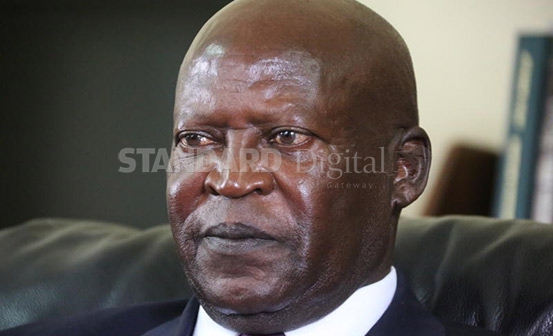 In an interview with The Standard on Saturday, Justice Tunoi said he is not a poor man and has made money over the years through “sheer hard work and clean dealings.”

His net worth, he says, is made of assets in the form of land, buildings, motor vehicles, cash bank balances and other investments. He further revealed that his wife inherited 380 acres of land in Uasin Gishu County from her mother.

“My wife, inherited 380 acres of land, 16 prime plots in Elgon View estate in Eldoret and a building in Eldoret town from her mother who was married to one of the largest land owners in Uasin Gishu at that time,” the Judge said.

The Supreme Court Judge, also battling it out in court to have his retirement age pushed to 74, said his children are also successful graduates who hold big positions in various organisations.

The 72-year old judge said he bought five acres of land in Kitengela in 2005 and runs a hotel and a bar business in Eldoret that bring him extra income.

“One of my children is a lawyer, one is an agriculturalist specialising in growing mushrooms another one is a teacher and my daughter is a lecturer at Moi University,” he said.

Tunoi said he has always declared his wealth by filling wealth declaration forms as required of every civil servant.

“I have worked for over 40 years. I bought 600 acres of land in 1974 when I was an advocate and I have retained it up to now. I am also a large scale farmer in Uasin Gishu County,” he said.

A section of the media recently reported that the Judiciary had tabled a report before the special subcommittee which investigated him saying it found that the judge purchased two parcels of land and two tractors recently.

Growing ginger, from planting to harvest

Did you know you can grow ginger or tangawizi on your own? Or you can use part of the root and it will continue to grow?