By Michael Ndonye | 1mo ago

Since most hustlers did not vote in 2022, they will triumph in the 2027 and 2032 polls. This group includes the 8 million who snubbed the August 9 general election. Millennial hustlers do not fit among the Gikuyu, Luo, Kalenjin, Kamba or Luhya tribes—they are a new ethnic group that will define politics in future.

Although 'tribe' seems most appropriate, hustlers are not a tribe but an ethnic group. Tribes consist of communities that share social, economic, religious, and mostly blood ties. A tribe has an identifiable leader. Hustlers have no blood ties, do not share a dialect, and lack a recognisable leader.

Politically speaking, tribes are ‘nations’. Therefore, we have, for example, the Gikuyu nation, the Kamba nation, the Luo nation and so on. So, calling hustlers, a tribe is classifying them as a nation, which is smaller. Strictly speaking, Kenya is not a nation—it is a country consisting of over 40 nations (tribes).

On the other hand, an ethnic group is a community of people who share a common cultural background, not necessarily blood ties. Ethnic groupings in Kenya include the Cushitic, Nilotic and Bantu communities.

Since culture is a way of life, what we call ‘hustlers’ share a way of life. Hustlers are composed of a group of a recognisable generation who do not fit in the smaller Kamba nation, Gikuyu nation, Kalenjin nation, Luo nation or any other nations.

The hustlers’ ethnic group draw membership from a generation that cuts across the tribes (nations) and the traditional ethnic groups. Furthermore, most hustlers are the Kenyan population aged between 24 and 40. Instead, they are in their early adulthood.

This ethnic group, shares nationalised languages such as Kiswahili, English, or a combination of both. They have little orientation and interest in their tribal languages. Irrespective of which part of Kenya they come from, they are disconnected from ‘Ushago’ (ancestral regions).

In the August 9, 2022 elections, they had no time to queue and vote. They were busy. Although they were around polling stations, they were ferrying voters. The generation operates boda boda and Tuktuks, and the lucky ones own Altos, Passos, Ractis and Demios for taxi hustles. That is the reason William Ruto invoked this group during his presidential campaigns.

There is no doubt that these hustlers attended political rallies. Millennial hustlers made up the multitudes that attended the presidential campaigns’ rallies. Why, then, didn’t the rallies convert them into votes? Because they never attended the rallies for political reasons. They targeted the T-shirts to cover their nakedness, caps to shield their heads from the scorching sun, and handouts to buy food.

These are the millennials (born between 1981 and 1997); they live 'on borrowed lives'. As a deer panteth for the water, so do these hustlers pant for jobs and opportunities—even if for a day. They pace in the streets of Nairobi CBD, going nowhere.

Some of them have jobs! But those jobs are the targets of the taxman. The poor hustlers are expected to fund county and national governments. They are supposed to feed their parents and relatives who invested in them. They were to obtain the key to success, but the keys they got after eight plus four plus four years of intensive schooling are unusable.

The millennial hustlers' parents had little resources. Therefore, the millennials relied on their school performance for a government loan to fund their higher education. As products of loaned lives, they spend before earning.

Since loans are their livelihoods, they were elated when the President negotiated with loaners to lessen the snares. However, proliferating lenders are hell-bent on implementing this karma.

Although millennial hustlers missed a chance on August 9, 2022, they will vote in 2027 and 2032 with the hope of salvaging their last years in the labour market. 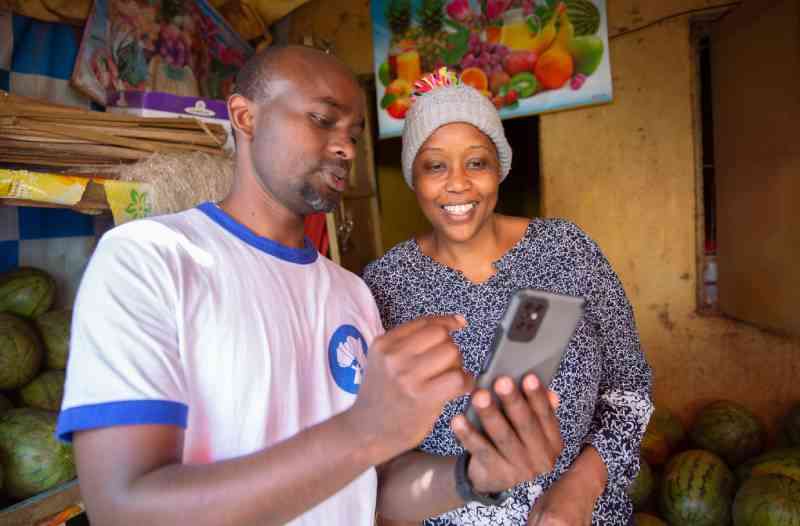 By 4G Capital 55 mins ago
4G Capital: The spirit of the hustle
.