Wise old men: What life has taught me

Sunday Magazine
Why not take a walk to Kisumu? 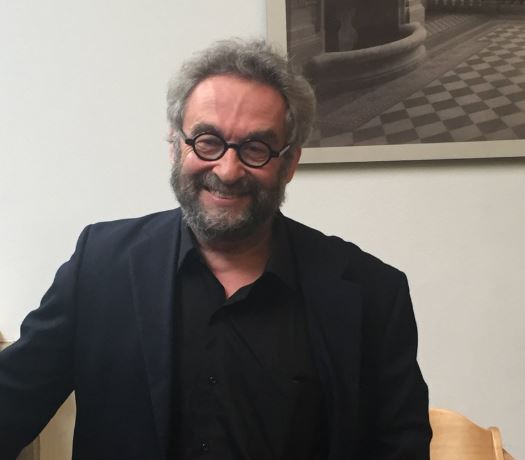 LIFE IS INHERENTLY RISKY, TAKE RISKS ANYWAY Mikhail Iossel, 60, Tenured Professor at the University of Concordia, Montreal, Canada. Best decision I ever made?

That was in 1988 when I left my native city of Saint Petersburg in Russia, at 30, to go and live and study in San Francisco. The only English I knew moving to America was what I had painstakingly taught myself from an English copy of Dostoyevsky’s Crime and Punishment, because I (obviously) had the original Russian version and a copy of a Russian-to-English dictionary. I worked as a security guard by day in the Bay Area bookshops (where I could read novels by day, because who steals books?) and did night college from six to ten pm every evening for two years, to hone my English language skills. Then I applied and got into a proper university from 1991 to 1994, taking an MFA (Masters of Fine Arts) in Creative Writing and Comparative Literature. Life definitely gets better At my first post college job as an entry level engineer (in Russia) in the Department of Submarine Screening and Demagnetization at Leningrad’s Central Naval Electronics Research Institute,’ says Misha, ‘I was paid 125 roubles (about Sh 20,000 in today’s money) a month – which was enough to buy 6 000 one minute calls at a public payphone or 400 copies of the Pravda newspaper or three vacuum cleaners or two cheap bicycles or one very nice West German-made business suit. Although he is too modest to talk about money, it is easy to find out that this tenured Professor of English – who barely knew English at 30– now earns Sh 10, 368, 895 a year (or Sh 864 000 a month) teaching creative writing.

My life lesson?  Sometimes you have to travel far away from your comfort zone, or even country, to live and achieve your dream. ‘Ars longa, vita brevis …’ Art is long, but life is very short. So, start now!  WANT TO DIE A HAPPY MAN? CARE FOR YOUR FAMILY  Brigadier (Retired) Silvanus Oroo Omboga, age 65 The five life lessons my life has taught me…

(i) There are no shortcuts in life, in spite of the quick paths to success that youth have been deceived about by our very crooked political leadership. Learn to work hard, and earn the benefit of your sweat. (ii) To be able to live well in retirement, plan ahead and early enough, even starting to save at thirty. (iii) Tribalism is the bane of Kenya. It kills ambition, whether in the army or any other sector of our national life, enables a lot of folk without merit to rise to the top, and turns a country into a mediocre State where nothing really great can be achieved. (iv) If you want to die a happy man, invest in the well-being and stability of your near and wider family. (v) Whether in business, at work or in personal life, do not focus on the competition or in comparisons. The stress, envy and pressure will kill you! Instead, focus on yourself and your own continuous improvement. Be your own corporal, who plans to improve themselves to become a General.

KENYA GOVERNMENT’S DECISION WAS A LAZY ONE Shaul Bassi, late 50s, professor at the Ca’foscari Universite, Venice, Italy. The best decision I ever made: This must be when my wife and I adopted our only child, our 10- year-old, from a Kenyan Children’s Home in 2013. Worst thing I have heard in my lifetime.