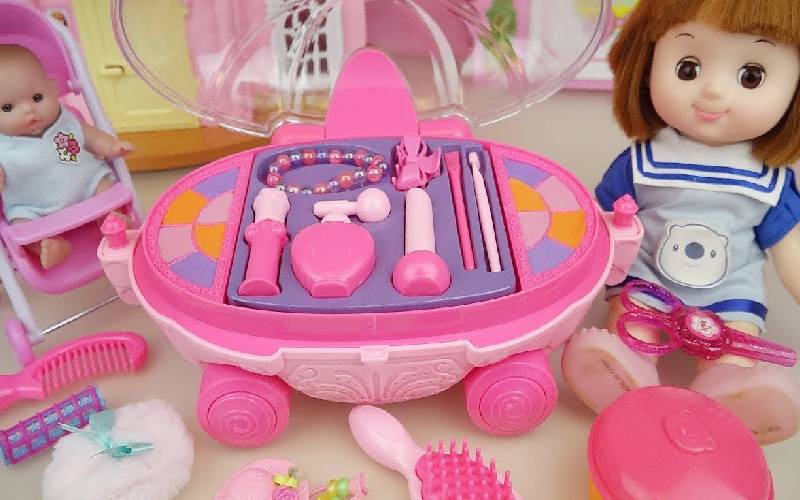 Most British parents think "pink for girls, blue for boys" marketing reinforces messages about what girls and boys can do, according to a survey released on Tuesday ahead of a major inquiry into the impact of early stereotyping.

Education experts said toy marketing helped bolster messages about what was "appropriate" for each gender, which fed into later choices about which subjects to study and which careers to consider.

The Fawcett Society, a campaign group that is launching a year-long commission to examine the issue, said it would challenge retailers and manufacturers "to drop the lazy stereotypes and use their power responsibly".

Six in 10 parents agreed the way products were marketed for children reinforced stereotypes, according to the Fawcett study.

"The messages we give to children, at home, at school and as a society, has a huge bearing on the choices they feel are open to them, the skills and interests they develop, and on their futures," said commission co-chairwoman Becky Francis.

"We need to open up those choices for our children rather than narrowing them down," added Francis, director of University College London's Institute of Education.

Most of those polled in the online survey of 1,018 people believed the issue also affected boys, with six in 10 agreeing it was more acceptable for a girl to be a "tomboy" than a boy to be "feminine".

Nearly 70 per cent of younger men said stereotypes had a damaging effect on perceptions of what it meant to be a man or a woman.

The findings come at a time of heightened debate over "toxic masculinity" in the light of the #MeToo movement on sexual harassment.

"As well as holding back women and girls, they send damaging messages to boys about what it means to be a man – like whether it's okay to show emotion, or to have an equal role in parenting," he said in a statement.

In 2011, London toy store Hamleys reorganised merchandise by category instead of gender after protests about stereotyping. In 2017, department store John Lewis removed gender labels from its children's clothing.

"Evidence shows that there is no such thing as a female or a male brain but retailers persist in creating and perpetuating gender differences just to sell products," she said.

The Commission will seek practical changes to policy, the Fawcett Society said.

Britain's Department for Education and the Government Equalities Office are on the Commission as members, and the results will be presented to government ministers as well as business and educators.

By Esther Dianah and Stevens Muendo | 2 days ago