Father’s impact on a child right from conception 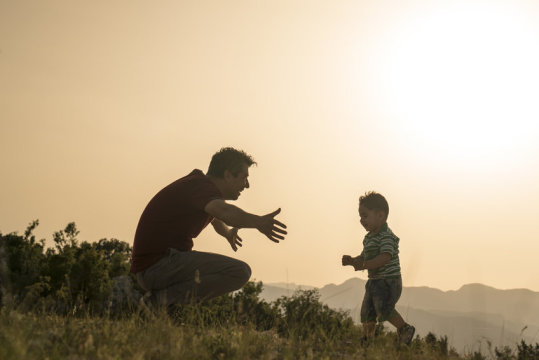 Link between father’s alcohol habits around conception time and son’s alcoholism A father’s vices might have a lifelong impact on children. A 2014 study from University of Pittsburgh School of Medicine found that if a father was drinking heavily around the time of conception, it made it more likely for their sons to be heavy drinkers later in life. What this means is that alcohol consumption can modify a father’s otherwise normal genes and affect his sons, but surprisingly not his daughters.  Connection between father’s diet at conception time and birth defects

SEE ALSO: Teachers to pay for death or injury of pupils, court rules

Another study, published in 2013 by researchers from McGill University in Canada, found iron deficiency in a father’s diet could increase birth defects (such as craniofacial and musculoskeletal malformations) in their children. Stressed fathers at conception time and hypertensive children Additionally, in 2016 a group of researchers from China published a study in the journal Cell Metabolism which suggests that men who are depressed or highly stressed at the time of conception may predispose their children to high blood sugar. Fathers over 35 and autism in children However, men have always assumed that their age has little or no effect on their children. Science begs to differ and asserts that men too have a biological clock. Random mutations in sperm over time make the risks of later fatherhood higher than earlier thought. One study, published in the journal JAMA Psychiatry in 2014 found that children born to fathers over 35 are at a higher risk of autism, schizophrenia, and birth defects compared to their siblings.

SEE ALSO: Pandemic puts up to 86 million children at risk of poverty: study

Fathers over 40 and child’s intelligence… Further encouraging men to sire their children earlier in life, another study found that children born to fathers over the age of 40 may even risk lower scholastic achievement. Why paternity leave is important for child’s intelligence A 2017 study published in the Infant Mental Health Journal found that fathers who interact more with their children in the first few months of life could have a positive impact on the baby’s cognitive development. The researchers studied how fathers interacted with their three-month-old babies and measured the babies’ cognitive abilities more than a year later. The results showed that babies with actively engaged fathers performed better in cognitive tests at two years of age. However, the researchers pointed out that a father’s involvement was just one of the many factors which affect a child’s development.

SEE ALSO: Ask the doctor: Covid-19 in children: What do we know?

An involved father and child’s ability to handle stress Fathers don’t parent the same way as mothers, and this difference matters a great deal to children’s development. Daddies are known for tossing their children in the air, tickling, teasing, and generally rough-housing. Mum’s on the other hand, are more likely to take a gentle, more structured approach to playing with their children. According to a 2011 study published in the Journal of Development and Behavioural Pediatrics, dads seem to tolerate minor scratches and bruises associated with risky play, while safeguarding their children from major harm. This explains why children with involved fathers are more tolerant to stress, experience less depression, anxiety, fear, and guilt. Fathers and link to girl child’s sexual promiscuity According to researcher Danielle DelPriorre, who published a study in Developmental Psychology in 2017, daughters might learn from disengaged fathers that they shouldn’t expect men to invest meaningfully in long-term relationships, and so settle for riskier casual flings. Engaged fathers also tend to monitor and protect their daughters more closely, safeguarding them from early and unrestricted sexual behaviour.

A father and boy child’s social skills Boys need involved fathers too. A research which observed American and Norwegian boys whose fathers had left to fight in World War II found that the boys later had trouble forging relationships. This, and numerous other studies, suggests that boys need fathers to develop social skills. Death of a father seems to affect boys more than girls  In fact, the devastation that boys experience after a father’s death can lead to the same kind of health problems often witnessed in children after parents’ ugly divorce. These health problems include stress and depression, lowered immunity which leads to susceptibility to infections, obesity and hypertension, and even a shorter lifespan. A study published in 2017 in the journal Pediatrics even found that the loss of a father- whether from death, incarceration, or divorce- had adverse effect on telomeres (the protective caps of chromosomes). At age 9, children who had lost their dads had 14 per cent shorter telomeres than their peers. Death caused the severest difference, and the effects were greater in boys than girls. Scientists say telomeres reflect cell aging and overall health.

SEE ALSO: Confessions: My husband told me to have an abortion, now he’s had a baby with another woman

How to look presentable in virtual meetings

How to look presentable in virtual meetings

Standing out as tough times push more to side hustles

Standing out as tough times push more to side hustles

Coronavirus: Should you wear a mask at home?

Coronavirus: Should you wear a mask at home?