The days when children were to be seen and not heard 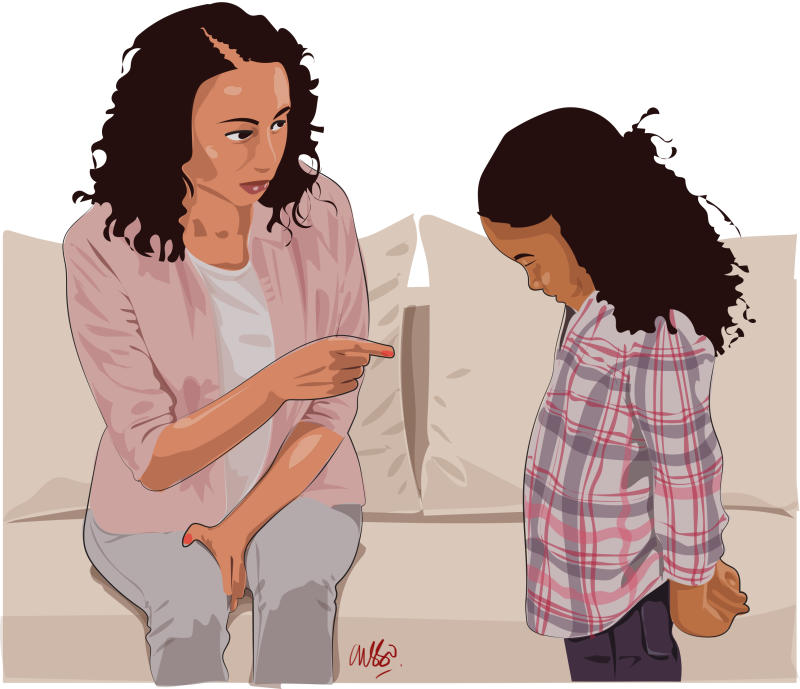 You know the young people in your house are grown when two things happen. First, they can look back and laugh at the memories of all the discipline they received when they were younger and second, they can tease you, the parents, without fear of the same discipline being visited on them again. There are many who can recall those growing up years that were full of fear and trembling, when the parents’ word was absolute law or else… The days when parents were experts at non-verbal communication, especially when guests were around – a narrowed eye here, a raised brow there, a pursed lip or a forced laugh were enough to tell you what level of pain you could expect later for pushing the boundaries a bit too far. Yes, those were the days when children were to be seen and not heard; when their roles were few and clearly defined – they were to eat the food put in front of them for the sake of gaining energy for house chores and schoolwork, and then sleep for the sake of rest (not leisure) so that chores and schoolwork could be tackled with renewed vigour. They were also to keep their opinions to themselves until the parents required them, which was pretty rare.

The other day we had a family get together at my mother’s house and we laughed as we remembered THE wooden spoon. This was a multi-purpose utensil that had been used on numerous occasions to prepare our meals and also prepare us for the world. Today, our young ones have reached that point where they can enjoy a good laugh as they recall the time when they were being prepared for the world. Hardly a week goes by without them finding an opportunity to mimic the way I used to talk back when I was the minister in charge of discipline. The catchphrase One of the lines they love is one I used when I wanted to communicate that they were very close to reaching the end of my patience: “You’re treading on thin ice” was delivered with narrowed eyes and a low, flat tone and was intended to get them to rethink their behaviour and step back onto firmer ground. When I got tired of calling one of them repeatedly without getting a response, I would ask rather menacingly, “Should I come there?” or “Should I stand up?” They knew that if I got up from where I was sitting to go to where they were, I would most likely have a slipper in my hand which I would use to fix the hearing problem.

SEE ALSO: Girl, 12, rescued from two marriages, all in a month

While we can laugh about those days now, our young ones know that I will still extend my hand to pinch a leg or a hand that is within reach if they cross a line. I figure that as long as they are under my roof, I can continue to prepare them for what is ‘out there’. I often remind them that I will never follow them to their own homes to find out what is going on there, but I will not let them get away with anything while they are still with me. The emotion tap According to our older girl, I have perfected the art of injecting emotion into my voice even when that emotion is absent. A few nights ago I wanted our youngest to do something for me. The trouble is she seems to think my instructions are open-ended and can be addressed whenever she feels like it rather than when I issue them. I was reading a book when I sent her the first time. When I realised after a couple of minutes that she had not moved, I repeated the instruction, this time with a note of warning in my voice, while still reading my book! As she reluctantly removed herself from whatever she was doing to do what I wanted, her sister marvelled at the fact that my facial expression had not changed one bit, yet I had managed to communicate something I wasn’t even feeling. Well, they do say practice makes perfect, and I have had years of practice with our young ones. That they can laugh and tease about it now hopefully means I must have done something right.