Hopefully I will go into remission soon

Sunday Magazine
About two years ago, I was a woman filled with life and zest for life. I was focused on my young family as I waited to be recruited by TSC. 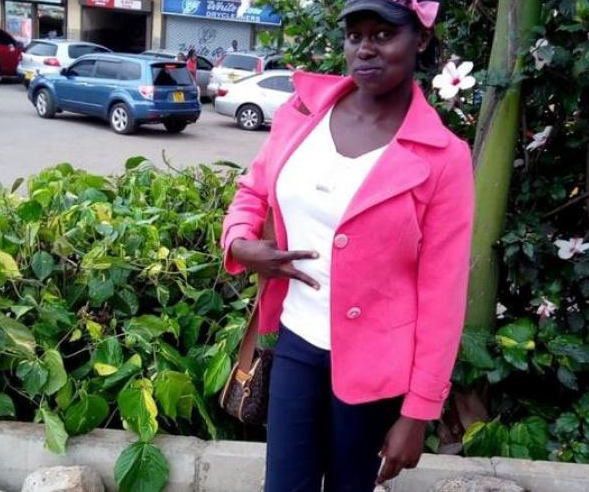 About two years ago, I was a woman filled with life and zest for life. I was focused on my young family as I waited to be recruited by Teachers Service Commission. I had just graduated with a Bachelor of Education degree. With a two-year-old son and my husband Richard Musyoka being in a very engaging job, I was very busy, and my life revolved around them. Life was looking up, until around May last year, when I started experiencing unusual fatigue, chest pain, stomach aches, headaches and flu-like symptoms. I wasn’t worried at first, believing that they would abate soon. The first time I visited the hospital, I underwent a battery of tests and was given some drugs. Three weeks later, I went back to the hospital and the medic injected me with antibiotics and I reacted so badly to them that my lips and face got swollen.

I was given more drugs and I stabilised but the symptoms did not clear up. They went ahead to test me for TB and pneumonia and both results came out negative. By July, my legs were all swollen and I was referred to a clinic along Ngong Road, for specialised treatment. Instead of my condition improving, it worsened and I was admitted at the Kenyatta National Hospital on September 22, 2018. They didn’t have a clue what I was suffering from. My condition deteriorated while I was in the hospital and the doctors ordered a fresh set of tests which showed I had acute myeloid leukaemia (AML). That was in October 2018. I was in the hospital for about two months. The medics said that I was too week to start chemotherapy and they started treating me for secondary infections such as pneumonia, chest pain, headache, stomach pain, throat infection, gingivitis and tonsillitis. I lost so much weight since I could not chew or swallow solid food. However, they did not treat the primary condition as I was too weak to be put on induction chemotherapy drugs.

I was discharged and later I had to visit a clinic every fortnight. Back home, I was so weak that light chores such as changing my baby’s diapers were impossible. I would remain in bed most of the times when I was not in hospital. On February 11, 2019, I was taken to MP Shah Hospital where I am still admitted. KNH haematologists had advised that I go to a specialised facility that would offer a better outcome. The hospital is reportedly better equipped in managing AML and its effects such as facilitating fast transfusion of blood or platelets, managing chemotherapy drugs’ side effects, and preventing infections. Doctors also said that AML is one of the worst forms of leukaemia which manifests quickly in the body and immediately suppresses a patient’s natural immunity. I then underwent induction chemotherapy. The chemotherapy drugs have taken a toll on my body. My hair fell off and my natural immunity is so low I am constantly put on immune boosters. The throat infection has also failed to clear off.

Unfortunately, I have not achieved complete remission. The doctor advised that I will be put on another round of induction chemotherapy since we cannot proceed to other treatment procedures until I am in remission. The disease has dealt a huge financial blow to the family. My husband  is now the breadwinner and can’t seem to focus very well on his job with all these going on. I am told our child has been deeply affected by my absence. But what can we do? Our savings have been wiped out but we still require about Sh2 million for the entire treatment. I am now in isolation room, to prevent infections, and that sets us back Sh22,000 every day while antibiotics and other support services cost more than Sh30, 000 daily. NHIF gave us only Sh50, 000 for the chemotherapy drugs on top of the Sh4,000 bed fee it pays every day. A point will come when we will be required to go to India or Egypt for a bone marrow transplant and I don’t know what we will do to foot the bills. We can only hope that well-wishers will come through for us.

TSC to pay Sh5m for sex abuse by teacher