Sunday Magazine
Pili Hussein grew up in a large family in Tanzania. The daughter of a livestock keeper who had many large farms. 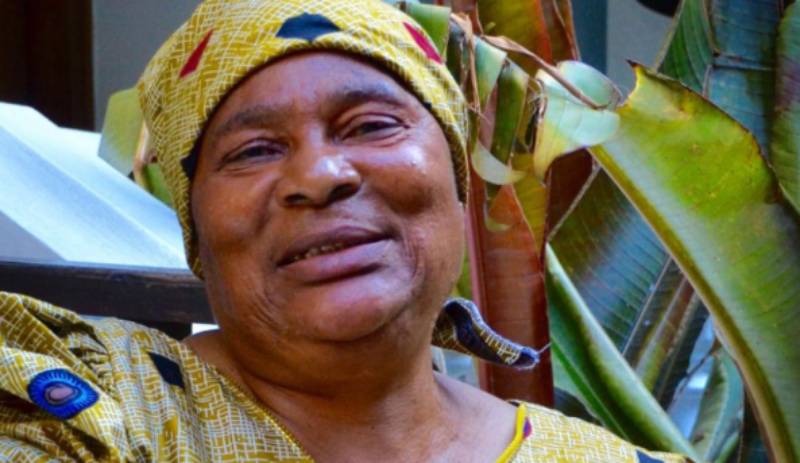 Pili Hussein (pictured) wanted to make her fortune prospecting for a precious stone that’s said to be a thousand times rarer than diamonds, but since women weren’t allowed down the mines she dressed up as man and fooled her male colleagues for almost a decade. Pili Hussein grew up in a large family in Tanzania. The daughter of a livestock keeper who had many large farms, Pili’s father had six wives and she was one of 38 children. Although she was well looked after, in many ways, she doesn’t look back on her upbringing fondly. “My father treated me like a boy and I was given livestock to take care of - I didn’t like that life at all,” she says.

But her marriage was even more unhappy, and at the age of 31 Pili ran away from her abusive husband. In search of work she found herself in the small Tanzanian town of Mererani, in the foothills of Africa’s highest mountain, Kilimanjaro - the only place in the world where mining for a rare, violet-blue gemstone called tanzanite takes place. “Women were not allowed in the mining area, so I entered bravely like a man, like a strong person. You take big trousers, you cut them into shorts and you appear like a man. That’s what I did.” I acted like a gorilla - I could fight, my language was bad, I could carry a big knife To complete the transformation, she also changed her name.

“I was called Uncle Hussein, I didn’t tell anyone my actual name was Pili. Even today if you come to the camp you ask for me by that name, Uncle Hussein.” In the tight confines of the hot, dirty tunnels - some of which extend hundreds of metres below the ground - Pili would work 10-12 hours a day, digging and sieving, hoping to uncover gemstones in the veins in the graphite rock. “I could go 600m under, into the mine. I would do this more bravely than many other men. I was very strong and I was able to deliver what men would expect another man could do.” Pili says that nobody suspected that she was a woman. “I acted like a gorilla,” she says, “I could fight, my language was bad, I could carry a big knife like a Maasai [warrior]. Nobody knew I was a woman because everything I was doing I was doing like a man.”

And after about a year, she struck it rich, uncovering two massive clusters of tanzanite stones. With the money that she made she built new homes for her father, mother and twin sister, bought herself more tools, and began employing miners to work for her. And her cover was so convincing that it took an extraordinary set of circumstances for her true identity to finally be revealed. A local woman had reported that she’d been raped by some of the miners and Pili was arrested as a suspect. “When the police came, the men who did the rape said: ‘This is the man who did it,’ and I was taken to the police station,” Pili says. The miners dig using chisels and fill bags with rubble which are hoisted up to the surface using a rope She had no choice but to reveal her secret.

I’m proud of what I did - it has made me rich, but it was hard for me She asked the police to find a woman to physically examine her, to prove that she couldn’t be responsible, and was soon released. But even after that her fellow miners found it hard to believe they had been duped for so long. “They didn’t even believe the police when they said that I was a woman,” she says, “it wasn’t easy for them to accept until 2001 when I got married and I started a family.” Finding a husband when everyone is accustomed to regarding you as a man is not easy, Pili found, though eventually she succeeded. “The question in his mind was always, ‘Is she really a woman?’” she recalls. “It took five years for him to come closer to me.”

Pili has built a successful career and today owns her own mining company with 70 employees. Three of her employees are women, but they work as cooks not as miners. Pili says that although there are more women in the mining industry than when she started out, even today very few actually work in the mines. “Some [women] wash the stones, some are brokers, some are cooking,” she says, “but they’re not going down in to the mines, it’s not easy to get women to do what I did.” Pili’s success has enabled her to pay for the education of more than 30 nieces, nephews and grandchildren. But despite this she says she wouldn’t encourage her own daughter to follow in her footsteps. “I’m proud of what I did - it has made me rich, but it was hard for me,” she says. “I want to make sure that my daughter goes to school, she gets an education and then she is able to run her life in a very different way, far away from what I experienced.”