By Leonard Khafafa | 1w ago

Trade, Investment, and Industry Cabinet Secretary Moses Kuria is no stranger to controversy. Many times, his public utterances are greeted with umbrage.

His latest pronouncement is typical. Speaking at a recent meeting, he said: “Being in this country (Kenya) you are a candidate for death. Because there are many things competing for death, there is nothing wrong with adding GMO (Genetically Modified Organisms) to the list. That is why we are deliberately allowing GMO into this country.”

But Mr Kuria is not alone in stirring the hornet’s nest. Billionaire philanthropist Bill Gates has also made his mind known on GMO food. During a visit to Kenya last week, he said: “Every piece of bread I have ever eaten is from GMO wheat”. American critics have called him out saying there is no GMO wheat grown commercially in the US.

There are mixed reactions about the government’s decision to lift the ban on GMO foods. There are plans to import 10 million bags of GMO maize within the next six month to alleviate a chronic shortage of Kenya’s staple and to stabilise its price. Visceral fears abound with the mere mention of these foods. But are these fears founded on any cogent truths? Is the consumption of GMO foods inimical to the health of human beings?

Genetic modification is loosely defined as the production of desired traits in plants, animals and microbes for food or other uses. Advantages of these modifications include increased food production, reliability and yields, enhanced taste and nutritional value and decreased losses from pests and weeds.

There are three broad categories of genetic modification: Traditional crop modification, genetic engineering, and genome editing. It seems Kenyans have been the unwitting consumers of genetically modified food considering the fact that practically every food item in the country is a departure from its traditional form. Methods such as selective breeding, crossbreeding, cross-pollination and grafting, leading to greater yields and more drought and pest resultant crops have been around for years.

It is the other two methods that are a source of consternation for Kenyans. Many argue that whereas it is true that application of these enhanced scientific techniques leads to higher yields and better-tasting outcomes, there isn’t sufficient research done to determine their long-term effects on humans.

Former Prime Minister Raila Odinga is of this school of thought. In a recent statement, he said, “the science on GMO foods and farming is at best extremely controversial and at worst incomplete,” and that “there is no scientific study thus far that has unequivocally cleared it as fit for human consumption and the environment.”

Odinga’s statement is a climb-down from a position he previously held. As a member of the 10th Parliament, he once asked Kenyans to “embrace science” further saying, “conservatism would kill innovation and advanced countries would not have allowed consumption of GMO food if it was harmful.” He added that “GMO foods available on the international market have passed risk assessment and are not likely to present risk for human health.”

It is instructive that 19 out of 27 member-state countries of the European Union have voted to either partially or fully ban GMOs. According to information from European Green Capital, “so far the only GM crop grown in the EU (within Spain and Portugal mainly) is the GM maize MON 810, which is manufactured by American multinational biotechnology company Monsanto.”

When one considers that Bill Gates bought billions worth of shares of Monsanto and his recent acquisition of large tracts of land around the world, it does not seem to be chance that his visit to Kenya coincided with plans to import GM foods. It behoves Kenya to be circumspect about its engagements with “philanthropists.” Kenyans should be wary of attempts to get it hooked to foreign seeds and fertilisers to subjugate citizens by sabotaging the country’s food security. The GMO conversation must be held urgently, indecorous remarks by CS Kuria notwithstanding! 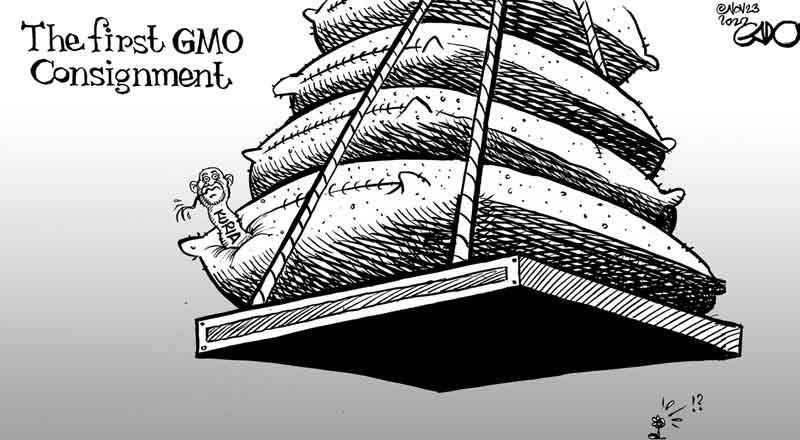 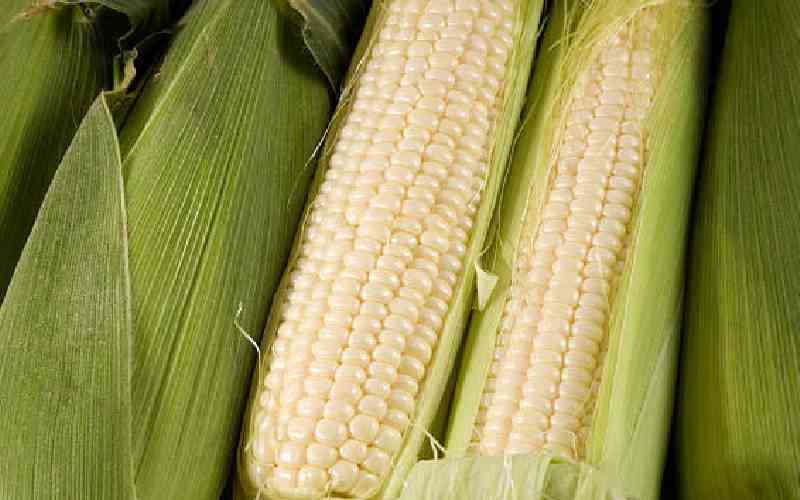 Lawmakers question move to bring in grain when farmers have plenty
Mosop MP Abraham Kirwa said the timing of the decision by the government to import maize during the harvest season would lead to financial ramifications for farmers.
National
By Josphat Thiongó
9 days ago
.