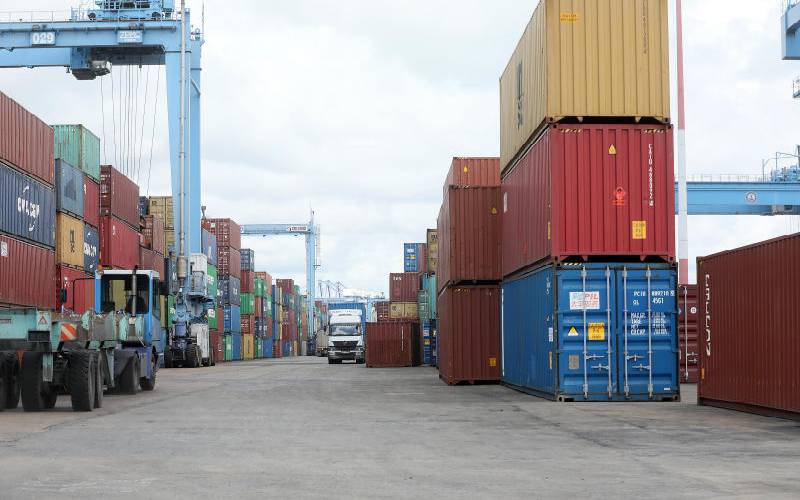 A new election date for the giant Dock Workers Union (DWU) has sparked disquiet, with some aspirants saying it is not convenient for members.

The National Executive Committee headed by the union Chairman Mohamed Sheria and General Secretary Simon Sang on Tuesday moved the date from April 15 to May 13.

The aspirants who have rejected the new date say it will fall on the Idd Ul Fitr and hence inconvenience Muslim members.

They also want to meet NEC to reach a consensus on which entity will organise and conduct the polls to ensure they are free and fair.

Aspirants for the general secretary's post Kanga Maganga, Abubakar Mohamed and Edward Opiyo said there was need to review the date again.

“It is expected that Idd Ul Fitri will be on May 12 or 13 and hence the date of election will inconvenience us a lot. We have asked NEC to come up with a new date,” said Mr Mohamed, former DWU assistant general secretary.

He suggested that a nine-member team be constituted under the supervision of the Ministry of Labour for the purposes of conducting the election.

“We have heard that the Ministry of Labour will conduct the election but we are worried that if something goes wrong, we will have nowhere to present our grievances. We also do not want NEC members to continue organising the election yet some of them are contenders,” said Mohamed.

Mr Opiyo called on the union management to meet all aspirants so as to avoid confusion on the date and also clear concerns over who should organise and conduct the polls.

“We want the election to be conducted by a neutral entity even if it will be the Independent Electoral and Boundaries Commission. This should be agreed in a meeting for all aspirants,” Opiyo said.

Added Kanga: “We have lodged our complaint with the county Labour commissioner in a letter I have signed on behalf of the rest of the contenders to seek change of date for the union election.”

He wondered why NEC was organising the election without appointing an election board, noting that this could lead to incumbents rigging themselves in.

The forthcoming election has caused anxiety among the 4,400 workers at the Port of Mombasa.

About 20 aspirants angling to oust Mr Sang have intensified their campaigns.

In the Tuesday meeting, April 4 was set as the closing date for applications, leading to protests over time limit.

Yesterday, Sang declined to give more details, saying he was on his way to Nairobi to push for the registration of a new Collective Bargaining Agreement between the Kenya Ports Authority and the union that may be concluded by Tuesday next week.

The facilities could not afford or sustain the supply of the reagents under UHC.

ICPAK said the increase in prices has been the highest since 2007, jumping by Sh15.82 in two months and leading to high inflation.

By Weldon Kipkemoi | 13 hours ago