Kisumu County firefighters are battling a huge blaze that's engulfed one of the famous supermarkets in the lakeside city.

Property worth millions of shillings was destroyed in the Saturday morning fire that razed down a section of Shivling supermarket on Oginga Odinga Road.

The fire destroyed the bakery section in the fire that started at 5 am burning down all kitchen furniture.

Witnesses said before the fire broke out, a huge pop sound was heard from inside the building that was still closed. 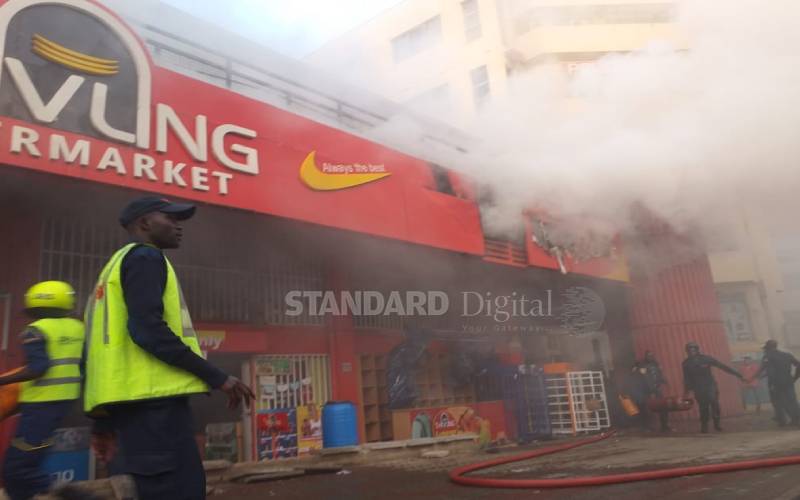 While confirming the incident Kisumu Central police boss Peter Kataam said it took the firefighters close to two hours to contain the fire.

Kataam said no one was injured during the incident, although reports indicate that nothing was salvaged in the bakery from the inferno. 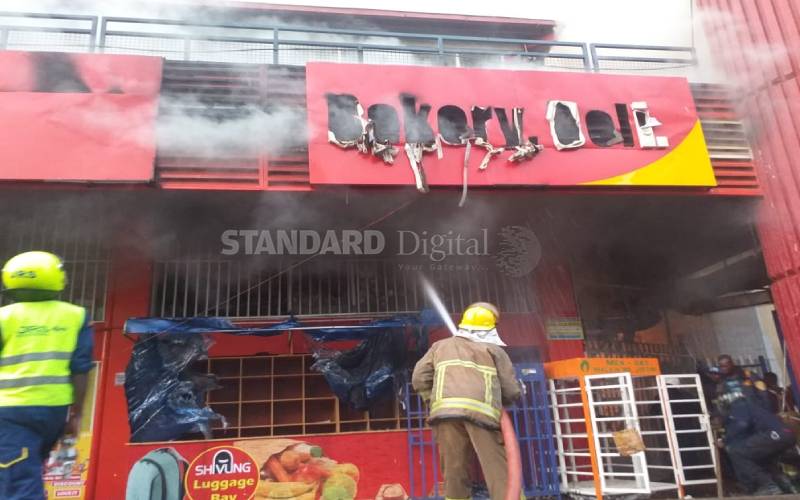 Kataam said investigations are underway to establish the cause of the fire.

Area residents blamed the loss incurred on the slow response from the fire department.

The cause of the fire was not immediately established.

Manchester United midfielder Jesse Lingard has joined Premier League rivals West Ham United on loan for the remainder of the 2020-21 campaign, the clu

By Robert Amalemba and James Omoro | 17 hours ago

Dos and don’ts in the weird world of booze
Feedback