Governor Obado, his children and co-accused released on bail

By Japheth Ogila | 1yr ago 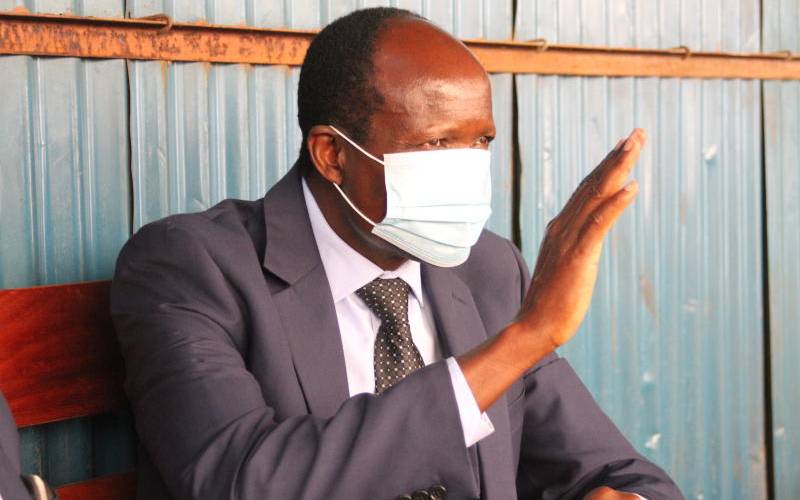 Migori Governor Okoth Obado, his children and co-accused have been released on bail with a raft of strict terms to prevent them from interfering with the graft case facing them.

The Magistrate gave strict bail terms which he described as the measures to preserve the integrity of the trial. He ordered that all state officers charged in the case be escorted by the investigating officers to the Migori County offices to pick their personal belonging and be barred from making entry into the offices thereafter.

All the suspects to deposit their passports at the court and those without the passports to swear affidavits on the same. Those with expired passports to deposit them at the courts alongside sworn affidavits. Names and identity card numbers of the suspects to be deposited at the department of immigration to ensure that no one escapes from the country. Suspects have also been warned against interfering with the case in any way.

While delivering the rule, the Magistrate said that he factored in various scenarios in granting bail to the governor and his co-accused. In the case of the governor, whose release was opposed by the prosecution on suspicion of interfering with the witnesses; the court determined that no witness had come forth to report threats or the possibility of being coerced into interfering with the case.

The court also determined that the rule of justice does not stipulate that after Obado was charged in Sharon Otieno’s murder case, and released on bail, then he does not merit another bail.

There was a fire incident at the county which cropped. The court heard that the prosecution found the incident suspicious because vital finance management documents were consumed. But it ruled that the incident could not be linked to any of the suspects.

The Magistrate cited ex-Kiambu governor Ferdinand Waititu vs State case and that of Samburu Governor Moses Lenolkulal. He said that bail terms must preserve the integrity of the trial. And while the bail should not be an “anticipatory punishment” it should also be part and parcel of the justice process, the Magistrate ruled.

This is after governor Obado and his four children – Dan Achola, Scarlet Susan, Jerry Zachary and Evelyne Odhiambo – were detained at various cells after the court set the bail ruling to be on Monday, today.

The Obado family alongside seven other suspects were charged last Thursday with conspiracy to defraud the County Government of Migori of more than Sh300 million.

The other accused persons are businessman Jared Oluoch Kwaga who according to the detectives is the treated as the main mastermind of the multi-million shillings’ scandal, his wife Christine Akinyi Ochola, mother Penina Auma, brothers Joram Opala Otieno and Patroba Ochanda Otieno and sister-in-law Carolyne Anyango Ochola.

Magistrate Lawrence Mugambi of the Anti-corruption court in Nairobi directed the suspects’ bail ruling to be made. He also ruled that the suspects be remanded at various cells ahead of their bail hearing and ruling.

Obado, his two sons and other male suspects were taken to Ethics and Anti-Corruption Commission Police Station at Integrity Centre while his daughters and the female co-accused are detained at Kileleshwa Police Station.

Their arrests were ordered by the Director of Public Prosecutions Noordin Haji on Tuesday.

Haji directed that the governor, his siblings, four children and business associates be arrested over the alleged embezzlement of Sh73.5 million from the county coffers. On Tuesday

The anti-graft agency sought Haji’s consent to charge the individuals with four counts among them; conspiracy to commit an offence of corruption, conflict of interest, money laundering, and unlawful acquisition of public property.

Haji stated that the EACC had launched a probe into the case through the governor’s designated proxies and employees of the county government.

“The investigations were in respect to Sh73,474,37.90 being the sum indirectly received by the governor, through his children who received multiple payments from companies trading with the county government between financial year 2013/2014 and 2016/2017 and further in respect of the purchase of the property at Loresho Ridge,” the DPP said.

The DPP went ahead and said that he was satisfied that there was sufficient evidence to charge the mentioned persons with various criminal offences.

The governor is not new to the cells after having spent 35 days in remand before being released on Sh5 million cash bail after he was linked to the killing of Rongo University student Sharon Otieno in 2018.