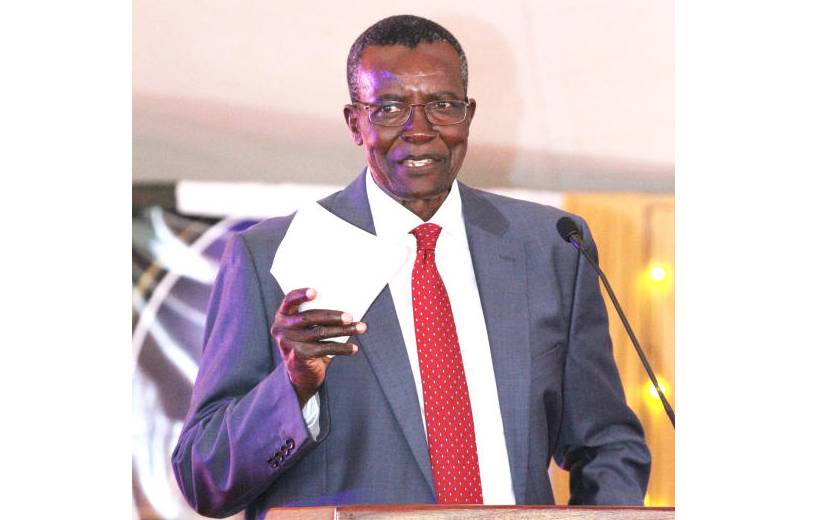 A standoff between Chief Justice David Maraga (pictured above) and judges looms on whether they should send returns of cases they handle to their boss.

Justice Maraga on Monday sent a memo to all judges and said he will crack the whip on those who have not complied with his orders to hand in their returns.

The leaked memo dated July 13, indicates that some judges either submit incomplete or inaccurate information, while others are not consistent.

“I wish to bring to your attention that failure to submit complete, accurate and consistent returns will leave me with no option but to conclude you have failed to discharge your duties as required and place your case before the Judicial Service Commission (JSC) for appropriate action,” Maraga’s memo read in part.

Judges who spoke on condition of anonymity said the memo copied to Deputy Chief Justice Philomena Mwilu, President of Court of Appeal William Ouko, and the Chief Registrar of the Judiciary Anne Amadi was ‘strongly worded.’ They claim it amounted to a threat.

“This is not the language of a Chief Justice. I think he (CJ) has weaponised JSC, if you don’t do this or that, you are fixed,” one judge explained.

The memo is also copied to the director of human resource management, director planning and organisation and acting ICT director.

Maraga addressed all judges in the Supreme Court, Court of Appeal, High Court, Employment and Labour Relations Court, Environment and Land Court, all magistrates, Kadhis and deputy Kadhis, and all registrars and deputy registrars.

From the memo, the source of the standoff is whether it is judges or court clerks who should file the returns.

Maraga said he had inquired from some of the judges why they had not filed their returns and they replied it was the work of the clerks.

“I asked a few judges why they have not submitted their returns and they appear to suggest that their clerks should have done so. It implies that I should direct my demands to those clerks? Really? As I have stated, it is the duty of every judge and judicial officer to submit his or her returns. How they generate them is their business. Failure to submit is a failure to account,” he wrote.

In 2017, Justice Maraga asked courts to forward him the returns at the end of each month. According to his circular, the returns ought to be received on the fifth day of the ensuing month.

“Data remains a vital tool in monitoring and measuring progress. Every judge and judicial officer must submit returns electronically in word form with copies to DPOP,” the memo reads.

The Jacaranda Garden Estate in Nairobi has taken a U-turn on a recent statement it had made on putting the estate on lockdown.

By Benard Sanga and Ishaq Jumbe | 11 hours ago

By Josephat Thiong'o | 16 hours ago

By Jacinta Mutura | 16 hours ago