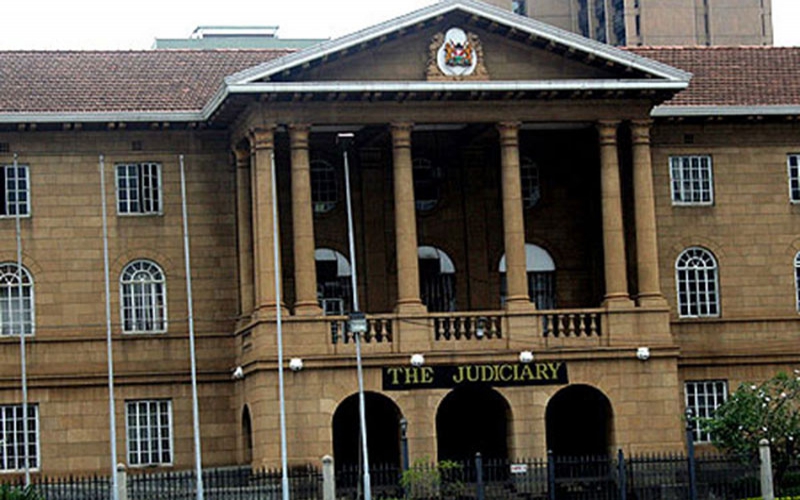 Court has ruled that the officer be taken for mental assessment at the Mathari Mental Hospital in Nairobi, before facing murder charges.

Issuing the ruling today, High Court Judge Ngenye Macharia ordered that the accused, Emmanuel Ambunya Oyombe will then face a murder charge after the medical report is presented on April 23, 2020.

“I direct that the accused person be admitted at Mathari National Hospital to undergo a mental examination before he can be allowed to take plea in connection with the murder, ” said Macharia.

The police constable, who is attached to the Kenyatta National Hospital Police post was represented by lawyer Harun Ndumbi.

Ambunya was arrested yesterday following an investigation by the Directorate of Criminal Investigations (DCI).

Through its official Twitter account, DCI said the investigations into the killing of Carlton David Maina, were complete and the suspect would face murder charges.

“Following completion of Inquest into the death of Carlton David Maina on December 22, 2018 at Laini Saba in Kibera, Constable Emmanuel Ambunya Oyombe of KNH Police Post was today arrested & is to be charged for the offence of Murder C/Sec 203 as read with sec 204 of the Penal Code.

The deceased who on the fateful night succumbed to gunshot wounds was a student at the University of Leeds in England.”

Ambunya is suspected to have fired four bullets which killed Carlton Maina, who was walking back home after watching a football match, at Laini Saba in Kibra Constituency.

Maina, had returned to the country from West Yorkshire for Christmas holiday, before his dreams of becoming an electrical engineer were brutally cut short.

The incident which took place on December 22, 2018, sparked public outcry, especially from the Civil rights groups and the Independent Police Oversight Authority (IPOA) which was forced to launch an investigation.