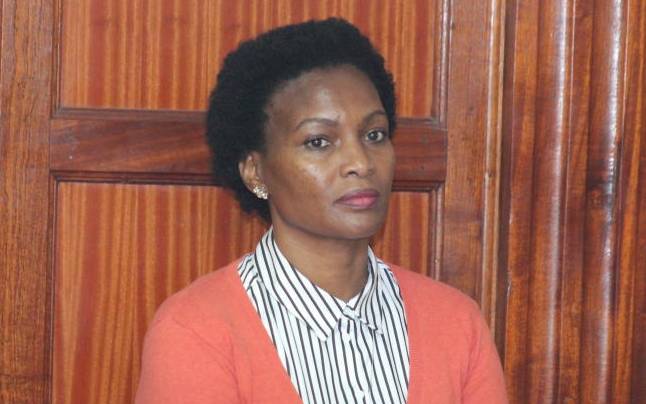 The widow of slain Dutchman Tob Cohen (pictured), who is on trial for his murder, is seeking Sh500 million over the seizure of family property.

Sarah Wairimu yesterday filed a new application at Milimani courts seeking an order compelling Directorate of Criminal Investigations boss George Kinoti and the Director of Public Prosecutions to pay her Sh500 million for damage and loss occasioned by illegal seizure of the property.

“We are seeking order to have Kinoti personally summoned to appear in court to render a full account of the property, including providing a full inventory and steps he has taken to preserve the condition, value of the estate of the deceased...,” she said through lawyer Samora Owino.

Ms Wairimu (pictured) says she is the only widow, having lived with Cohen since 1998 and solemnised their marriage on May 30, 2007, in Nairobi.

She also wants the registrar of birth and deaths ordered to issue a death certificate in respect of Cohen.

The application was heard by Justice Lydia Achode of Milimani High Court.

Wairimu, through her lawyer, told the court that together with Cohen, they owned the property situated at Farasi Lane, Mugumoini Close, Lower Kabete that was purchased on June 7, 2000, and registered in her husband’s name, by mutual agreement.

Wairimu says that the property was their matrimonial home for 12 years.

Last month, Wairimu made another application seeking to have her house in Kitisuru back.

Through lawyer Philip Murgor, Wairimu told the court that she cannot understand why the prosecution wants to keep her house, which is not part of the evidence.

“The prosecution has failed to respond to our application dated November 12, 2019, in which my client is seeking to have her house and other possessions back,” said Murgor.

Murgor added that Wairimu also needs clothes, shoes and a car parked outside the house that has been cordoned off as a crime scene. He said unless the police have other motives with the house, it should be released back to Wairimu.