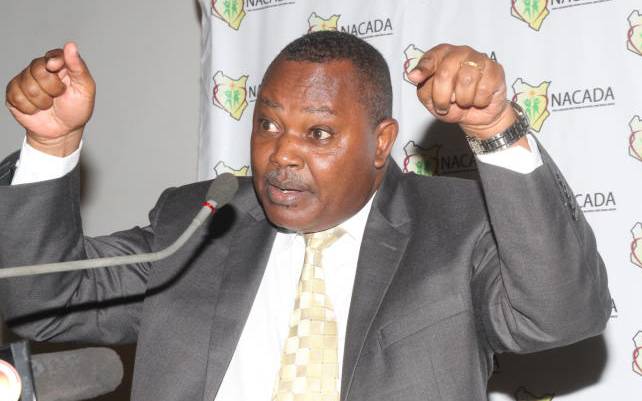 Kinoti spoke at the 88th session of the Interpol’s General Assembly in Santiago, Chile. The meeting brings together law enforcement officers from around the world to address national and regional efforts in combating terrorism and organized crime. Kenya had tabled a proposal to the United Nations (UN) to have the Somalia outfit listed as a terrorist group saying that the move will attach more focus in combating the extremists. Al- Shabaab, which pledged allegiance to Al-Qaeda in 2010 has not been designated as a terror group by the UN, despite efforts by the African Union and the UN in combating Al-Qaeda and ISIS or their affiliates. Al-Shabaab has been blamed for a number of terror attacks in the country which left tens dead and injured.

National Assembly Speaker Justin Muturi had two weeks ago asked the US to declare Somalia’s Al-Shabaab a terror group. Muturi said if the group is considered a crusader of human rights in Somalia then it continues to receive money from civil groups that are funded by taxpayers. He said the move by the US to refuse to classify the Al-Shabaab a terrorist group emboldens it to an extent it can receive financial assistance by foreign organizations. “The recent decision by the US to refuse to declare Al Shabaab a terrorist group ensures the group becomes a recipient of financing even by taxpayers, ” Muturi said. Muturi said the group is currently enjoying funding from some un-named global super-powers under the guise of a humanitarian group in the horn of Africa nation.

US Ambassador to Kenya Kyle McCarter, however, said the US government has never failed to declare and categorise the Somalia militants as a terror grouping. He said the US supported the United Nations resolution No. 751 which declared al Shabaab a terrorist group, denying allegations made by the Speaker. “There are no questions here. The US has declared Al-Shabaab terrorists and we will use everything within that resolution to degrade them (terrorists), ” McCarter said. He said the US was not comfortable with Kenya’s request to cut off all humanitarian support to McCarter said that the proposal included the removal of humanitarian care to Somalia, which would have led to a crisis on people already displaced by the years of strife. “The request from Kenya included removal of humanitarian care in Somalia… we are spending a lot of time talking on numbers that do not mean much…,” McCarter said.