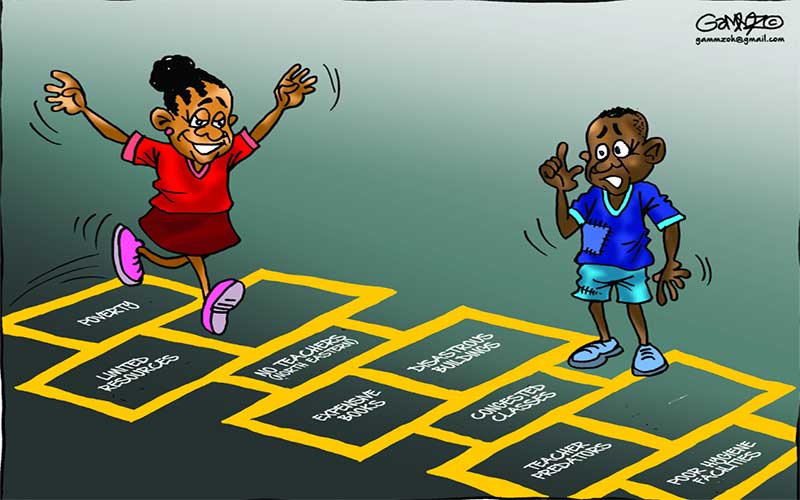 Kenya is eager to forget the tragic deaths of 15 pupils in Kakamega County following a stampede at their school. The pain and sense of loss among the families is unimaginable. As a society, and through our government’s inaction, we failed them. Schools are supposed to be one of the safest places.

They are supposed to be places of learning and careful cultivation of our future, and not death traps. Our thoughts and prayers go to the affected families. While we cannot bring back the lives of the 15 children, there is a lot that we can do to honor their memory and to prevent such tragedies from occurring in the future. To start with, we should dispense with the habit of always being quick to sweep such tragedies under the carpet. Several factors may explain this collective desire to forget and move on. We feel helpless in the face of the overwhelming challenges facing Kenya. When nothing seems to work in both our public and private lives, apathy and resignation are the predictable outcomes. The government, too, is eager to forget. Those in charge, especially the class of political appointees, are focused on maximising the benefits of being in office (legally or not) and not in ensuring the effective delivery of public services. Tragedies like the one in Kakamega remind them of their moral and professional failings. It is no wonder that many individuals in charge deal with the problem by simply choosing to forget.

Our personal and collective failings are compounded by the continuing weakness of our civil society. Many religious institutions lost their moral compass and authority long ago. Organised religion is now synonymous with greed. Religious leaders invariably side with the powerful and not the weak and forgotten. Civil society organisations – from professional associations to credit cooperatives to trade unions – are also silent. They, too, captured by unscrupulous individuals, are hamstrung by the weight of constant reminders of their impotence. If we are going to start addressing the most pressing challenges facing Kenyan society, we must stop the rush to forget the past.

Take the example of the Kakamega accident. It is barely five months since a school accident killed seven pupils in Nairobi. Then, the government vowed to act decisively in preventing a repeat of similar accidents in our schools. A responsible government should have implemented a rapid assessment of the state of our schools, while at the same time setting up a long-term plan to rationalised the safety requirements for schools and other public buildings. The education and infrastructure ministry could have set up the required teams to get the job done.

Most Kenyans know why this did not happen. It has become common to expect little from the government unless significant sums of lootable funds are involved. This is not to say that there are no honest hardworking people in the public service. Far from it. We all have stories of dedicated public servants, including teachers, police, agricultural extension officers, and bureaucrats in different ministries, who do their job to the best of their abilities. However, such individuals’ efforts, however noble, often get swamped by the sheer incompetence of the looters who eventually control the agenda.

The important lesson from Kakamega is that unless things change, we will continue to sacrifice more Kenyan lives on the altars of corruption and incompetence. It is time that individuals in the Ministry of Education took responsibility. Kenyan children deserve better.