Flattening the curve together key to immunity against virus 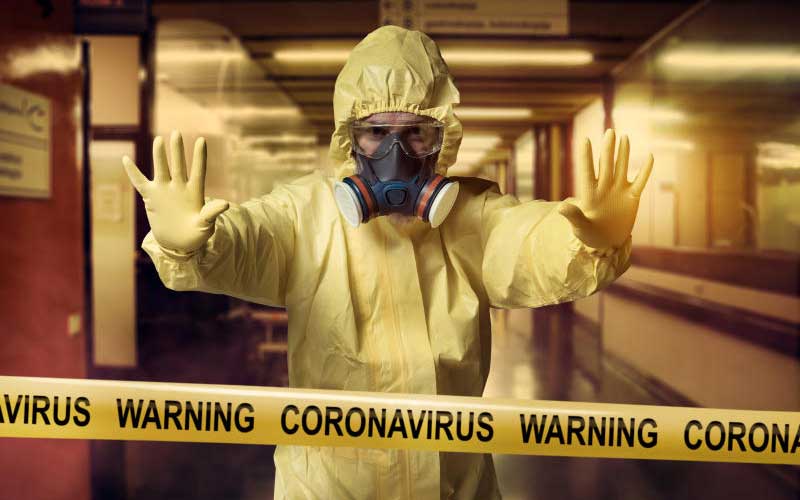 Like all life-threatening crises, the struggle to flatten Covid-19 curve is fundamentally a battle to control our perspective. In this moment, missteps are easy and can be costly. As the National Government may have found out last week, re-considering the ban on philanthropic giving and public action had power.

Estimates of the negative impact of the virus to our economy vary. With exports, tourism and remittances down, Dr David Ndii argues that Kenya faces losses of up to Sh390 billion a month leading to a 35 per cent contraction of the economy. Grappling with the challenge of declining revenue and ballooning demands, the National Treasury Cabinet Secretary Ukur Yatani proposed this week to reduce the national budget by Sh74.3 billion to Sh1.9 trillion in the Supplementary Budget.

Curiously, the supplementary budget seeks to increase the infrastructure budget line by Sh44.1 billion while decreasing the budget lines for health and water and sanitation by Sh12 billion and Sh7.3 billion respectively. However, what is clear is that the National Government cannot absorb the economic cost of Covid-19 on their own. Fortunately, individual and corporate giving has steadily increased over the last couple of weeks. Large companies have announced contributions in the range of Sh10 billion with almost Sh1 billion going directly into the National Response Fund.

County governments have started fumigating public spaces, designating isolation centres, health-worker training and ring-fencing funding to effectively respond. Mombasa Governor Joho deserves specific acknowledgement. His teams have already mapped 230,000 vulnerable families. Rather than waiting for his constituents to be arrested for not wearing masks, he donated 5,000 masks to the police to give those found without. Slowly, a “whole of society approach” has begun to emerge and this, is where our hope in flattening the curve lies.

In this context, the announcement to ban public giving and distribution outside of the National Government structures last Saturday was ill-advised. That the Kibra distribution exercise was badly managed and placed hundreds in danger of physical injury plus contracting the virus is not in doubt. There was also some irony in the moment. It was State officers who mismanaged the exercise. Not with-standing, the Interior Ministry was right to see the looming danger for disorganised distribution efforts. Fortunately, this ban was reversed in favour of guidelines that require coordination with the National Government.

Rule by compulsion, bans and centralised approaches will not work now. National Government does not have the capacity for centralised distribution to all that need it. Corruption levels are also way too high as Cabinet Secretary Munya has reminded us. Rather than trying to crowd out public, private sector and County governments’ efforts, National Government can do what it does best, coordinate the national public health response and ensure security, law and order.

Let the Council of Governors manage the recruitment of county-based health-workers, procurement and distribution of food and non-food items. Involve community and large humanitarian organisations to manage food distribution or preferably, cash transfers to people who need it.

Kenyans have decades of food distribution experience. Simple measures such as pre-registering households, clear verification, screening and sanitisation points, enforcing the 1.5 metre and mask-up rules and prioritising household representatives that are elderly, pregnant women or those with children and people with disabilities would prevent a repeat of the Kibra fiasco. Bring in lawyers and the Independent Policing Oversight Authority as directed by the Judiciary to oversee the quality of policing during this tense time. Invite civic and community leaders to work with law enforcement agencies to reduce rising domestic violence. Work with the Press to generate accurate reporting that informs us where public action is needed most.

The feeling that everything is out of control and we are helpless is not real. Nor is our anxiety with all this uncertainty. Both are consequences of the perspective we adopt in this moment. This perspective either creates a victim or an actor in us. Understanding that we can only flatten the curve together is the surest way of sustaining our mental resilience and physical immunity against the dreaded bug. Whether you are a Cabinet Secretary, stay at home employed or unemployed, victory over Covid-19 depends on breaking big complex problems into small actionable steps and acting on them.

We can make mass evictions less painful for the affected