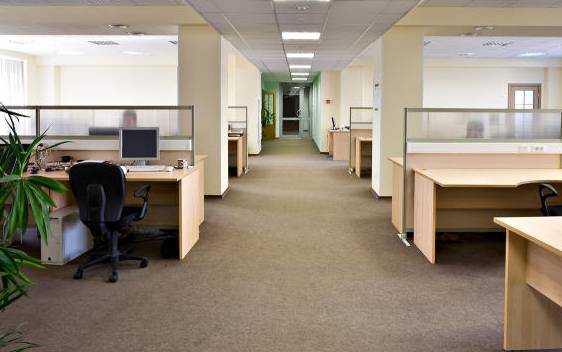 In June 2010, the iHub opened its doors on Nairobi’s Ngong Road as the first co-working space in the city.

Until then, the founders, a tight-knit group of friends and techies that included Erik Hersman and Jessica Colaco, were meeting in Java and Dormans coffee houses to code for hours to a steady supply of caffeine and free WiFi.

But this was becoming expensive since they had to buy something to continue using the spaces, and the WiFi speeds could soon not keep up with the increasing demand for bandwidth from the growing community.

The group figured that many people working in Nairobi were facing a similar challenge and set out to create a co-working space that would also serve as a thriving community.

Thus the iHub was born.

“We were looking for techies who were doers and not talkers,” Ms Colaco told this writer in an interview in the first months of iHub’s formation.

“The techies, therefore, had to go through a vetting process and fit within a certain membership structure we created to accommodate the physical and virtual members in Nairobi and Kenya.”

The model was a success and corporate support soon flowed in from several quarters including Nokia, Seacom, Google, Siemens, Safaricom and later the World Bank.

The iHub says more than 300 startups and 1,000 individuals can trace their roots to the co-working space over the past decade.

In two years, the Nailab, Startup Garage, mLab, Fablab, 88mph and iLab Africa, just to name a few, opened their doors to techies and startups in more or less the model pioneered by iHub.

Individuals can rent space from as little as Sh2,000 per day for a desk and in return get endless coffee, high-speed WiFi, receptionist and regular meet-ups with potential investors.

In September 2019, iHub was bought by Nigeria’s co-creation hub (ccHub) headquartered in Lagos.

While the transaction was billed as a landmark acquisition, the exit of the founders also points to waning popularity in co-working spaces that has been accelerated by the outbreak of Covid-19.

Last month, the Nairobi Garage and Metta, two co-working spaces that have been enjoying growing membership over the past few years, said they would be merging operations in a surprise announcement.

“By joining forces, Metta and Nairobi Garage members will have access to both organisations’ workspaces throughout Nairobi - with drop-in and private office options available in Westlands, Riverside Drive, Karen and Kilimani - as well as to all the complimentary business support services provided across the two communities,” said the firms in a joint statement.

“All members will benefit from exclusive corporate collaborations and partnerships - such as discounts, programmes and first dibs on funding and training opportunities.”

However, insiders say the deal remains opaque, with employees and community members of each of the entities left scratching their heads.

“We are confident in the resilience and capacity of Kenyan entrepreneurs to come back from this pandemic stronger than ever,” said Hannah Clifford, director of Nairobi Garage.

“We want to support them in doing just that, and this merging of forces is a demonstration of our belief in the strength of both our communities.”

“We have always believed that innovation doesn’t happen in isolation. Outstanding innovation breakthroughs occur when the right people collaborate, to spark commercialisation and scale,” she said.

“This partnership is a true testament to our vision, as we are taking our own advice and leading by example.”

It is, however, no secret that the pandemic has made things difficult for co-working spaces and presents a real existential threat.

Restrictions on social distancing over the past seven months and a ban on public events has crippled operations in many spaces and tenants that were already considering moving to their own premises accelerated their exit.

Murithi Kabogo used to work from Metta until shortly after the outbreak of Covid-19 in April when he made the decision to remove his six-team startup from the space in favour of remote working.

“We stopped going to the co-working space in April when we started remote learning and that’s the format we have adapted because it works for us,” he said.

“Our biggest cost was rent but now without this cost, we can re-invest this money into other operational costs,” he told Home & Away.

“We do our meetings through video calls and use online webinars to pass on training.”

Kabogo is just one of several start-up CEOs who are taking up remote working after experiencing success with the model over the past six months, dimming the future prospects of the numerous co-working spaces spread across the city.

In 2018, American firm WeWork was at the peak of startup success, preparing to float shares in an initial public offering that was the talk of Silicon Valley.

The company that leases and retrofits commercial buildings into co-working hubs was once privately valued at Sh4.7 trillion and many considered it a threat to the real estate sector, like Uber and Airbnb were to taxis and hotels respectively.

However, investors looked keenly and found the company grossly overvalued and the IPO failed to materialise.

In May this year, the company’s valuation fell to just Sh290 billion, with China’s SoftBank assuming over 80 per cent stake in a bailout deal to save the firm.

WeWork’s story, however, speaks more about financial mismanagement and a distorted valuation system in startups and less about the efficacy of co-working spaces as a business model.

At the same time, a glut in commercial office space in Kenya means investors will always find affordable leaseholds that can be sublet to both startups and multinationals looking to set up shop.

It is also emerging that remote working is not conducive for all employees given the distraction experienced by some workers and the social networking and teamwork that comes with physical workplaces.

“As much as remote working has become ideal for us we miss the community, walking into space and bumping into someone you know and chatting about what you are working on,” says Kabogo.

He says the pandemic is an opportunity for co-working spaces to re-invent themselves and their role in the startup community.

“Co-working spaces need to go back to the practical offerings that made them attractive to their tenants in the first place,” Kabogo says.

“If startups were enticed by the presence of community and proximity to investors who will invest in early-stage startups, that is exactly what the co-working space should offer.

Facebook surpasses one billion users as it tempts new markets

What next for firms in shared working space business

What next for firms in shared working space business