Want to buy an apartment? What you need to know 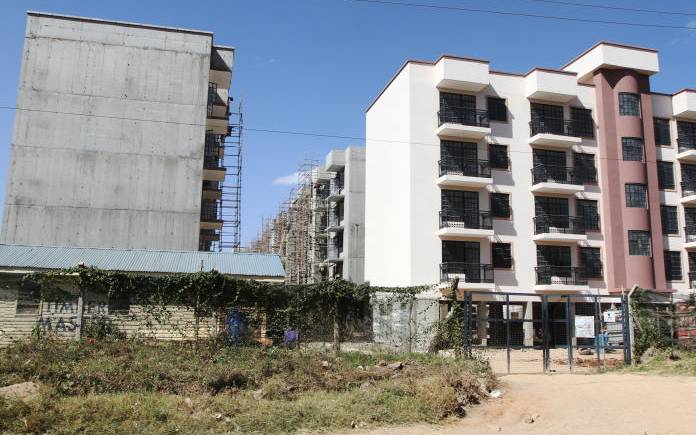 One of the most famous maxims that govern the administration of land is “Cuius est solum, eius est usque ad coelum et ad inferos”, Latin for “whoever owns the soil owns that piece of land all the way to the skies and down to the centre of the earth”.

This principle of property law provides that asset holders have rights to not only the plot of land itself, but also the air above and the ground below.

Interestingly, in urban areas, people have always resorted to building flats and apartments as they seek to optimise on the high cost of land and construction that make housing beyond reach of the majority.

So, how does an individual, who wants to own piece of a skyscraper survive without contravening the famous principle?

Of course, if you own a flat or even a floor in a building, you cannot own what is above, or below you. But can you have rights of ownership of your floor almost as if you owned a piece of land elsewhere? How can that property be registered?

Enter the Sectional Property Act of 1987.

This law provides for division of buildings into units to be owned by individual proprietors and common property to be owned as tenants in common.

It also provides for use and management of the units and common property.

The provision is that while the owner of a unit continues to enjoy entitlement to it, there are stark differences with ownership of a property on a piece of land not tiered into the skies.

And in this one, there are a lot of facilities shared in common thus the need for different rules in management of the entire building.

For successful registration, the titles on which such a building is erected are to be freehold and if leasehold, then they should have an un-expired term of not less than 45 years.

The boundaries of the parcel of land on which the building is erected must be fixed to standards in accordance to Survey Act Cap 299 of the Laws of Kenya.

Upon registration of the sectional property plan, the register of the parcel described in plan is closed. A separate register for each unit is opened and a title deed issued in respect of each housing unit.

As such, every level of such a building is considered an independent parcel of land.

Schedule of unit entitlement, the addresses for service of notices on the body corporate and alterations of by-laws are recorded therein.

“A corporation is then incorporated by the act of registering the sectional property plan. The corporation has perpetual succession and a common seal and is capable of suing and being sued in its corporate name,” writes Julius K’Obado, a licensed land surveyor.

He says a company incorporated under the Company Act is not suitable for the management of common services as the Registrar of Companies can strike it from the register “with serious consequences to the owners of the flats and any financier having a mortgage on the title.”

The management of the affairs of the sectional property is responsibility of the corporation. It elects a board that in turn appoints an institutional manager who must be an accountant, estate agent or advocate.

The corporation makes by-laws to provide for control, management and administration of the units, movable and immovable property of the corporation and the common property.

This is because the sectional property creates a zone where tenants will inadvertently interact and thus need to abide by some regulations.

The corporation may levy contributions in respect of each unit payable by the proprietors in share proportional to their unit factors.

They also grant leases to unit owners permitting the owners to exercise exclusive possession in respect of areas of common property.

The owner of a unit holds a negotiable title to their own unit while at the same time sharing with other owners the title and cost of operation of common property.

The biggest problem is in the enforcement of the positive obligations of each of the proprietors to maintain their part of the property and contribute to the cost of maintaining the parts enjoyed in common services.

Easements may be in favour of the owner as to afford support and shelter to such a title holder occupying, at any time, a unit other than their own.

“In addition to that, the easements may be in favour of the owner of the unit, and as appurtenant to the unit, when they are easements for the passage or provision of water, sewerage, drainage, gas, electricity, garbage, artificially heated or cooled air and other services including telephone, radio and television services through or by means of any pipes, wires, cables or ducts for the time being existing in the parcel to the extent to which those pipes, wires, cables or ducts are capable of being used in connection with the enjoyment of the unit,” provides the Act.