Ashes to ashes, dust to dust - and corpses to crops?

In Seattle, a local nonprofit group wants to become the world's first organization to offer as a service human composting, in which the departed are turned into nutrient-rich soil that can be used to grow flowers, trees or food.

The Urban Death Project is the brainchild of Seattle architect Katrina Spade, who came up with the concept in 2011. Spade calls composting a meaningful, sanitary and ecological alternative to burial and cremation.

“The idea is to fold the dead back into the city,” she said. “The options we currently have for our bodies are lacking, both from an environmental standpoint, but also, and perhaps more importantly, from a meaning standpoint.”

Spade said she hopes to get the service up and running in three years. But the project has significant legal and regulatory hurdles to surmount before it can get under way.

While the Urban Death Project has developed architectural designs for a human composting facility, the group still has to complete fundraising and find a site to build its facility.

Beyond that, the project would need to obtain a license to operate a funeral home, according to the Washington state Department of Licensing. It would also have to tackle local zoning restrictions, which require composting facilities to be outside populated areas.

But before those issues can be addressed, the group and its proponents would have to push through a change to state law, which requires that all human remains be buried, cremated, donated to science or transferred out of state.

"For this project to work in Washington state, at a minimum there would need to be a change in state law," said James Apa,

a spokesman for Public Health - Seattle and King County.

Spade said she is undeterred by the obstacles.

"There will be some regulatory work to do, but I'm confident," she said. "People want this option."

The Urban Death Project's plans call for a three-story-high polished concrete composting structure called "the core," which would be surrounded by contemplative spaces for visitors.

Bodies would be refrigerated on site for up to 10 days. No embalming would be necessary, since decomposition is the goal.

After a ceremony - religious or not - friends and family would help insert the body into the core. Over several weeks a body would turn into about one cubic yard of compost, enough to plant a tree or a patch of flowers.

The compost could be taken by the family or left for use or donation by the Urban Death Project.

“In this system, we transform from being human to being something else,” Spade said. “And at the end, what’s coming out, the material that we use – it’s special and it’s sacred, but it’s not human.”

'SOUNDS LOVELY TO ME'

Spade said human composting uses the same process as animal composting, in which deceased cows, horses and other animals are buried under wood mulch, sawdust and wood chips.

“The science follows,” he said, adding that livestock composting has grown in popularity because it is less expensive than incineration and is more ecological.

The prospect of feeding an apple or avocado tree in her post-life appeals to Grace Seidel, 55, a Seattle artist who has announced to friends and family her desire to be composted after she dies.

“The idea of being reduced to dirt and being able to be put under a tree sounds lovely to me," she said.

Spade said the reception to the idea has been positive - mostly.

“People love the idea of growing trees,” she said. “They get really squeamish with tomatoes.”

Football Kenya Federation (FKF) has rallied its branches to support their bid for an expanded top league next season.

By Tobias Chanji | 5 years ago

By James Wanzala and Immaculate Akello | 7 years ago 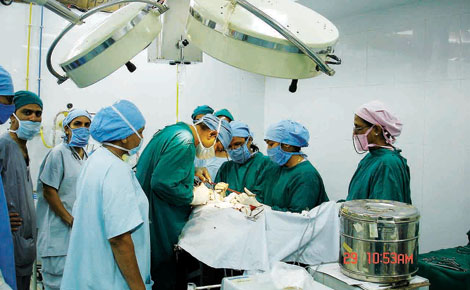 By By ISAIAH LUCHELI | 7 years ago