By Charles Odero | 3mos ago 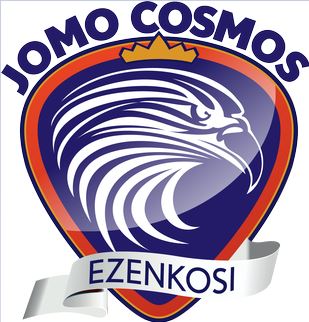 It has been six long painful journeys for the South African football fans since Jomo Cosmos were officially relegated from the professional football leagues.

The team which has been in the league for the last straight 39 years is one staple of South African football with its golden days anchored in the 1980s and 1990s donating some of the finest players for the national team.

The club which has been a pillar that held the players together for many years and which dominated the league and won accolades across the region and bagged many trophies and challenged for major honours in the league is taking a nose dive.

The club was founded as Highlands Park before Jomo Sono bought it on 29 January 1983 and renamed it Dion Cosmos after his former NASL Club, the New York Cosmos and later renamed it Jomo Cosmos.

Sono's initial policy was to develop raw talent. Sono's team accentuated and developed a strong youth policy and through the years has gained a reputation for discovering and developing some of the finest talents to have played in the league, for the South Africa National team and abroad.

As a seeder in the country, the team's manager Jomo Sono cut his teeth at Cosmos paving his way to Turkey’s clubs Genclerbirligi, Vanspor and Samsunspor.under Mzansi.

The club was relegated from the DStv Premiership, a top tier league to the GladAfrica Championship which is similar to the second division and the team has played in the bottom five spots on the table in most of their games.

A dark cloud hangs over the club as it continues to register dwindling fortunes leaving its legends reel in pain over its prospects and drifting into oblivion.

Cosmos are now relegated from the GladAfrica Championship to the third tier of SA football following their dismal performance after recording only three wins in 27 matches.

Sono has provided opportunities to thousands of players over the years. Some have become household names and flew the club and national flag high in Europe.

Some notable alumni of the club are in pain seeing their fountains dry up. Phiri, who played for Bafana Bafana at the 1998 World Cup in France, expressed his disappointment.

“All of us who played for the club are praying that Cosmos avoid the relegation axe. The club changed our lives and gave us a better future. Some of us even got the break to go play overseas because of Cosmos. I saw the league table, and Bra J [Sono] needs a miracle to survive. The club has contributed so much to SA football and it would be a shame if it was relegated to the ABC Motsepe League,’’ he said.

Retired goalkeeper Avril Phali spent almost his entire career at Cosmos. “If Cosmos get relegated, it will affect a lot of PSL and first division teams who still get players from Cosmos,” said Phali.

The main challenge that has faced the club is the salary accrued to players that the South African Football Players Union has been vocal about.

‘‘We were told that the boss will give us R1500 each as an allowance, then he will pay us the salary the next day. So we asked 'how do you give me an allowance today when I must get paid tomorrow?' It doesn't make sense. Why can't I just wait until tomorrow to receive my salary? So the players refused to take the R1500. So today it's the 7th of August, we haven't paid rent for two months,’’ said Clifford Mulenga.