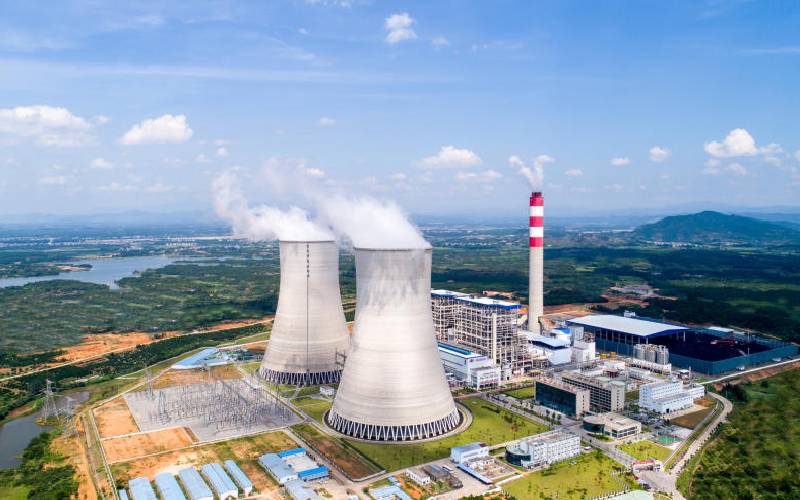 A review of the electricity tariff in August and a weak shilling for the better part of 2020 has meant that Kenyans might not enjoy lower power prices any time soon.

This is despite a significant dip in the power sourced from costly thermal power plants.

The high cost of power has largely been blamed on power producers who use heavy fuel oil or diesel in power generation.

This is because the cost of fuel, which is significantly high in comparison to geothermal steam or water, is passed on to consumers.

It then follows that when the reliance on the fuel power generators goes down, as was the case last year, the cost of electricity should also come down.

This has, however, not been the case. Over the last year, the country has cut its reliance on expensive thermal power producers, largely on account of increasing power generation from geothermal plants as well as good rains, which meant hydropower plants fed power to the national grid throughout 2020.

This meant that the fuel cost charge - the pass-through cost borne by consumers whenever thermal plants are turned on – remained relatively low at Sh2.50 for the better part of last year and only went up recently to Sh2.58 in January.

According to data from the Kenya Bureau of Statistics (KNBS), thermal power companies on average supplied 61 million units (kilowatt-hours, kWh) of power per month against a consumption of 946 million units a month in 2020. The supply dropped to a low of 35 million units in April.

One of the key reasons that led to a reduction of the amount of energy generated by the thermal power plants was increased geothermal capacity by State-owned power producer KenGen, as well as the restrictions put in place earlier in the year to reduce the spread of Covid-19.

The geothermal capacity rendered some of the power produced by thermal plants useless.

It added that within its ecosystem, it had reduced the share of thermal power plants to three per cent from nine per cent a year earlier.

KenGen is the country’s largest power producer, accounting for 72 per cent of the electricity consumed in the country.

“Geothermal production grew by 14 per cent due to the additional generation capacity of our 165MW Olkaria V power plant … the increase in geothermal generation displaced the need for thermal generation, which declined by 63 per cent,” said the power producer in its financial results for the period to June 2020.

Covid-19 may have also had an impact, albeit a temporary one, in reducing the need for thermal power plants.

Restrictive measures put in place in March last year to contain the spread of Covid-19 and, in turn, slowing down economic activities, had the impact of reducing electricity demand.

Peak demand in April and March dropped to a considerable low of 1,765MW as factories, hotels, schools and other establishments substantially slowed down or closed down altogether.

Demand has in recent months recovered and reached 1,976MW.

A combination of these factors would have meant power prices, at the very least, should have remained flat over the year or in the best-case scenario, reduced.

KNBS data shows that a family consuming 200 units (kWh) of power every month paid Sh4,800 in January this year, seven per cent more than that the Sh4,480 paid in January 2020.

A review of electricity tariffs last year and a weak shilling, however, explain why your power bill will not go down soon.

In August last year, the Energy and Petroleum Regulatory Authority (Epra) reviewed the electricity tariff and increased the margin of system losses it allows Kenya Power to recover from consumers.

The power distributor was given the leeway to pass to consumers 19.9 per cent of system losses, up from the previous 14.9 per cent.

Epra had previously reviewed target system losses in 2018 as part of the tariff review to 14.9 per cent from 15.9 per cent.

The August review of the tariff was at the time expected to increase power bills by Sh0.20 per unit of electricity, while the overall impact would be an additional Sh1.7 billion that customers would fork out per year to cater for the system losses.

Currently, system losses stand at 23 per cent following the review, with Kenya Power recovering 19.9 per cent from consumers and footing the balance.

“System losses increased to 23.69 per cent from 21 per cent the previous year due to transmission system constraints, growth in the distribution network and increases in commercial losses, which adversely affected the financial performance of the company,” said Kenya Power in its most recent annual report for the year to June 2019.

The losses have been getting worse despite massive investments to improve transmission and distribution by Kenya Power, as well as the Kenya Electricity Transmission Company (Ketraco), which owns and operates high capacity power transmission infrastructure in the country.

The system losses comprise technical – due to the state of transmission infrastructure – and commercial – which is as a result of theft mostly by consumers colluding with staff and unscrupulous individuals who illegally tap power lines.

Kenya Power has in the past estimated that about 11 per cent of the power system losses are commercial losses, which entail theft by the company’s employees and customers.

The balance includes technical losses that occur owing to the state of the transmission lines.

Industry experts have in the past estimated that one per cent of power losses translate into revenue losses of Sh1 billion for the utilities.

Another factor that may have had an impact on the rise in the cost of power, albeit marginally, is the foreign exchange fluctuation adjustment.

The charge rose to Sh1.7 per unit of power in January this year from Sh0.01 in January last year.

Tony Collins, the first Black manager in the English Football League, has died at the age of 94, the League Managers Association (LMA) said on Monday.

The woman had an epileptic fit after hitting her head on the tarmac, and a few hours later was pronounced dead

By Wainaina Wambu and Dominic Omondi | 5 days ago

This man Dande: Rebel on a mission or misunderstood?
Feedback