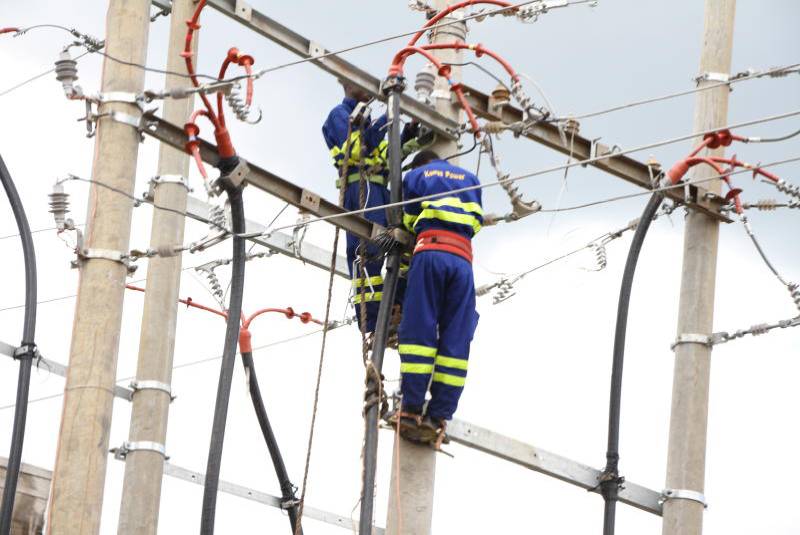 Two key players in the country’s power sector are embroiled in a tug of war over the control of the sector that could affect planned projects as well as have major repercussions on the industry. This is as the Energy Regulatory Commission (ERC) and Kenya Power fight over who should have the final say in deciding which new power plants will be developed and added to the country electricity generation mix. Kenya Power’s bid to salvage its image after a yearlong battering following several missteps said it had frozen the signing new Power Purchase Agreements (PPAs).

The power distributor said among the key considerations in making the decision was the need to keep power costs down for consumers. It, however, did not take long before ERC replied to the power utility firm in a rejoinder. The regulator said it was its mandate carry out energy planning and would when necessary advice Kenya Power to take such drastic action. In a letter to ERC in on December 21, Kenya Power expressed fears that the country was staring at electricity oversupply going by the number of planned power generation plants. Kenya Power Chairman Mahboub Maalim cited the Least Cost Power Development Plan ( (LCPDP 2017-2037), a guide for the power sector which details different projects being undertaken – including generation and transmission – as well as forecast on demand over the next two decades.

According to the plan, if all the planned power plants come on board, the country’s electricity generating capacity will increase to 7,200 megawatts (MW) in 2030 and over 9,900MW by 2037. By then, demand will range from 700MW to 9,00MW, depending on the growth of industries. It is because of this uncertainty over demand projections in the coming years that Kenya Power is afraid of signing more PPAs. It fears such deals could put it in a fix where it will have to pay for capacity that might not be needed locally, a situation that is all too familiar for Kenyans and one that had cost them dearly. The power utility firm noted that the challenge of overcapacity was imminent. “The KPLC board, recognising the Government’s objective to keep power costs low and the fact that KPLC has an obligation to make payment for all generation capacity that comes online, has with immediate effect suspended consideration of PPAs for additional generation,” said Eng Maalim in the letter to ERC. Drastic step “This step is intended to give the company an opportunity to carry out a comprehensive review of the power demand-supply situation and the mix of generation sources (conventional versus intermittent) to guide the implementation of generation projects going forward.”

“The objective of this exercise is to ensure that KPLC operates a viable profitable and sustainable business for the benefit of the economy, particularly the consumers of electricity,” noted the letter in part. Replying to the letter, ERC noted that the company should have consulted before taking such a drastic step. The regulator said Kenya Power appears to be assuming ERC’s role of energy planning. “The energy planning under which the Least Cost Power Development is prepared is the mandate of ERC…. Additionally, ERC undertakes the exercise jointly with other sector players as the LCPDP output is implemented by different stakeholders. We respectfully request KPLC to consult widely on this matter including consultations with the policymaker as the decision has far-reaching national implications,” said the regulator’s response to Kenya Power. In an interview last week, the ERC Director General Pavel Oimeke pointed out noted that while the regulator and the power retailer were resolving the issues, pointed out that the position held by Kenya Power would mean that the power sector stops building new plants and transmission lines. This is in spite of the fact that the demand for power would go up. “If you look at how Government works, budgeting is part of planning process. If you do not have a budget, you cannot spend. You cannot say you have enough roads or classrooms and you do not want to build any more. “That is why we have a plan, the LCPDP, which is a 20-year plan that incorporates transmission lines and generation plants, to make sure that you have the infrastructure to produce power and take it to the people.” He observed that ERC’s tariff reviews determining the price that consumers pay per unit of power usually factors in existing power plants as well as those that are coming on board. Mr Oimeke said ERC reviews electricity demand and supply regularly and advise investors to hold off on new investments so as to match new generation capacity with demand. “We do tariff reviews as a Commission and take into consideration plants that are generating or expected to generate within that tariff period into that tariff,” he said. “We provide the revenue requirements for the sector, which means that Kenya Power would be able to pay for I do not understand where he is coming from or what his worry is about.” “When undertaking energy planning, we ensure that there is a balance between demand and supply. We review this every two years. If we think we are having more generation than demand, we stagger the projects such that implementation is delayed… any project that we feel is coming online too fast that what the country can take, we will always push it forward. Looking at the plants planned for the next two years, we have nothing to worry about.” Run sustainably “In the energy planning process, we take care of all stakeholders, from consumers where we ensure that the cost is affordable while the companies such as the generators and the utilities are able to run sustainably.” The ERC boss called for the displacement of the costly thermal power plants that will create a reserve margin of between 15 and 20 per cent. Currently, the installed power generating capacity stands at about 2,700MW, when the Lake Turkana Wind Power plant and the Garissa Solar Plant are factored in. Of this, thermal power plants account for 710MW. “When the 700MW from the thermal plants are not factored in the installed capacity since we want to displace them, you realise we are still low on installed capacity against peak demand of 1859MW as well as the need for a reserve margin of up to 20 per cent, which ensures safe operation of the grid,” said Oimeke.