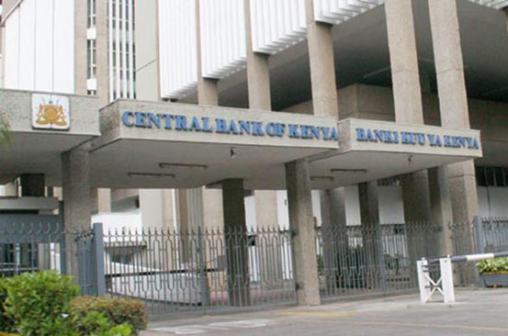 This, it says, should include the current minimum interest rates payable on deposits and chargeable on loans by financial institutions.

It, however, appears that this might have not helped much as more citizens have no cash. Economists might as well agree that Central Bank cannot realise its role of controlling inflation in an artificial environment in which interest rates are not allowed to respond to market forces.

Interest rates should be allowed to move freely to attain its equilibrium level.

The prices of an asset depend on demand and supply, money included, the wealth of citizens, the returns from that asset, risk inherent in that asset and the ease at which it can be converted into cash.  In modern economics, money ceased to be a mere means of transaction.

It promotes economic efficiency and allows for the transfer of risks across periods and investors.

Academically, money is anything generally accepted as payment for goods or services or in the repayment of debt. However, we need cash to transact or as a precaution.

You do not want to go to the hospital and not get treated because you lack cash.

That is why people demand money. Keynes, the great economist, argued that people hold money as a cushion against unexpected, but critical needs. It is a store of wealth. This means that if you use money to transact - buy goods and services - you forgo the opportunity to invest and you will not earn interest.

This explains why the demand for money is related to the level of interest rates!

Interest is the price of money. If you keep money or use it for consumption, you will not earn interest from it.

Borrowing to consume complicates the motive for holding money because you pay interest in addition to the cost of goods and services.

Your demand for money for the transaction should be driven by your level of income or earnings - the quantity theory of money.

You can only spend what you earn unless you borrow.

It follows that the demand for money increases as income grows, but as the cash decreases, the interest you can earn from it increases.

At times, interest rates are so attractive to us that we are willing to forgo both transaction and speculative motive for holding money. If interest becomes attractive, we will invest instead of consuming.

If we agree that the preceding arguments hold, then we should accept the need to decontrol interest rates and let market forces prevail.

Even holding money as a precaution declines when interest rate increases.

What makes people demand for money are transaction motive, precautionary motive and speculative motive. These are not static but fluid.

Fluid conditions cannot be subjected to a static model, namely capped interest rates, if our financial markets are to operate optimally.

Capping the interest rate destabilises the demand for and availability of money and has the potential to introduce negative spikes to the economy. Enjoyment of a liberalised foreign exchange regime and very low interest on deposits will also induce capital flight. Capital flight arises when big-time investors move their wealth out of the country as a response political, economic instability, currency devaluation or even the imposition of capital controls, such as capping interest rates. This translates to unemployment. It also impacts adversely the standards of living. What will be the effect of removing the interest rate cap on activities of banks, specifically their earnings and risk exposure?

What will be the appropriate response? How will the uncapping affect bank customers? We should start looking for answers to these questions because sooner or later, the interest rate cap will have to be removed. My guess is that when this happens, competition among banks for customers will increase.

Competition benefits the consumer, but price wars can be harmful to the economy.

In addition, there could be a change in borrowing if banks resume lending to small business and individuals at affordable rates.

CBK will be a key beneficiary as it will realistically pursue its price stability goal.

Managers can do better in communicating with board

It is regrettably the case that many directors find the typical board packs hard to digest.