Girl talk: Get a new trendy way to tell off the boys you don't want

The ‘I have a boyfriend’ line girls employ to ward off unwanted men has been around since the eviction from the Garden of Eden.

Any girl will agree that the phrase works like a magic stone in the dating scene!

I have used the line a couple of times and it has worked for me again and again on boys I would never want to date.

As things stand, the short phrase is my go-to when a member of the opposite sex starts to get too close for comfort. And I don’t want it.

However, I have been reflecting on the line and realised it is time girls dropped it, especially if we don’t have a partner.

Sometimes we actually do have boyfriends but even so, we shouldn’t have to resort to bringing up the matter every now and then.

The line is degrading, seeing as to how the boy child walks away, tail-between-feet when we throw it in their face.

I would like the girls to try find alternatives to what our grandmothers used on the male species.

In fact, the phrase perpetuates male privilege. You ask me how? Well, it does so by concluding that the only way to get a man to leave you alone is to have him believe that you are owned by another man. 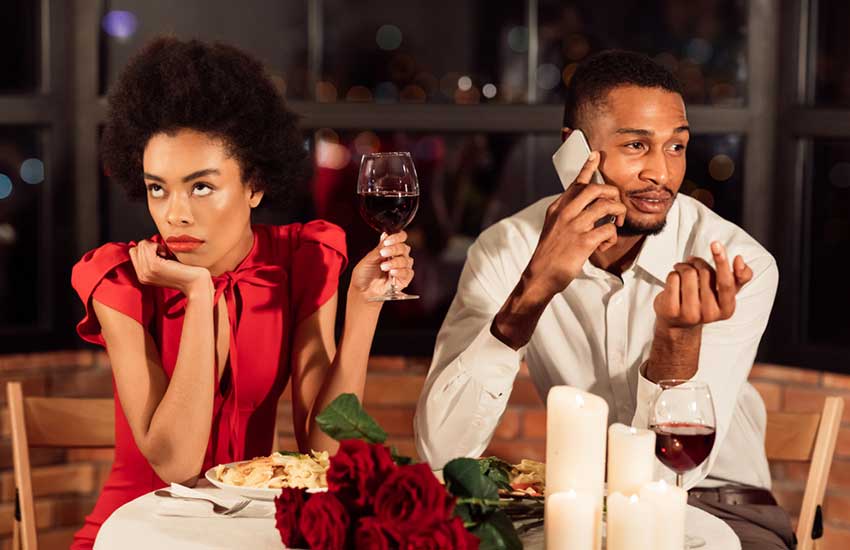 In essence, this means that men respect your real or imagined boyfriend more than they respect you.

By consistently using it, we are inadvertently teaching these men that they should leave us alone only if we are ‘owned’ by another man, not on our tastes and preferences.

Another reason that makes the line problematic is that it leaves the creep in question believing that your ‘boyfriend’ is the only thing stopping you from jumping into his arms (and hopefully, his bed).

If only you were single, you would have given in to his vibe! Never mind the fact that he’s got as much personality as a potato and a face only a mother can love. Do you see how crazy it turns out to be?

Ladies, I know it, telling a man a simple ‘no’ or ‘not interested’ is not a guarantee that he will leave you alone.

There is almost always some blowback when you tell a man you are simply not interested; however polite you sound.

Most men will, in fact, continue to hit on you and bother you with calls hoping that your politeness will morph to a ‘yes’.

That could be a reason to resort to the old ‘I have a boyfriend’ line, but even the best lines of a song turn colourless when over-played.

Let’s try out some colourful ways of saying ‘no’ this decade, shall we?