Managing Your Money By Veronica Cherop 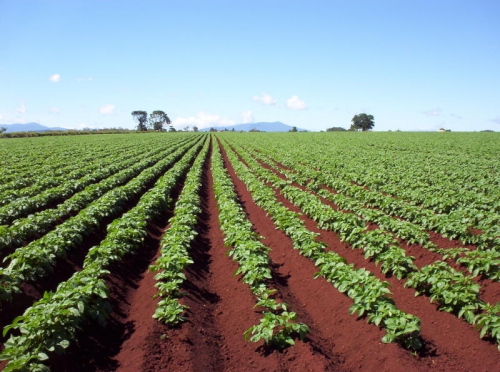 As inflation keeps ballooning and many Kenyans find it hard to stretch the cents, ideas of supplementing incomes are being floated every day. It is not uncommon now to find women discussing ways to get additional income to meet their household needs.

Starting a side business and going into farming are some of the popular suggestions during women’s meetings. When the advisers or investors talk about farming, especially, it sounds manageable. They dress up the whole exercise without telling the potential farmers about the pitfalls; the diseases, the weather disappointment, market fluctuation or lack of market.

Instead they talk about people who left ‘big jobs’ to go into farming and are now reaping big, making six-figure incomes every month. Then for those who are not ready to quit working for farming, they are given an enticing alternative – contract farming.

Another option is to do ‘telephone farming’. This is where you start farming in the rural area while you live and work in the city. You keep in touch with your workers through telephone calls. The workers ‘flash’ you and you immediately call back to find out if everything is okay.

“The cows were looking ill so I just asked the vet to come and check them out. He said they are very sick and gave them shots that cost...”

A friend’s workers called her often using this line to get money from her. She sent money. And more money. At the end of the month, she computed how much she had spent on her two grade cows’ medication and was not happy with the figure.

She gave livestock farming another month and the bill was just growing higher; she was spending more on keeping the cows while the returns were nil. Milk? The workers kept reporting ‘no milk’ days. Her dream of achieving financial freedom through livestock farming had just evaporated into thin air.

One day, she went home, sold the cows without warning. The workers were stunned. Their source of free money had just gone up in flames and they were jobless.

One such farmer laments that excuses have snuffed out any hope of getting rich quick through farming.

“In May, the farmer on the ground said the heavy rains had destroyed the crop that was due for harvest. That the crop is sensitive to heavy rains and we should give it another two months to find out if the harvest is better.”

Yet when they signed the contract, the promises were like heaven had descended on earth. There were to be four harvests every year and each harvest was to be better than the previous, hence more income.

The year is nearly over (having started the contract last year) but she has not made much money.

From the experiences of the contract and livestock farmers, you can see what does not work and why you should not put your money into it.

For any business, including farming, to succeed, you must nurture it personally at the beginning and once it stabilises and starts earning you good money, then you can hire the right professionals to run it for you.

Do not go into business just because your friends are in it; do it because you have a passion for it and you know exactly where you are coming from and what direction you are heading.

Therefore, before you put your money into any engagement, find out if that is what you really want and get expert advice on how to make it a successful and money minting endeavour.