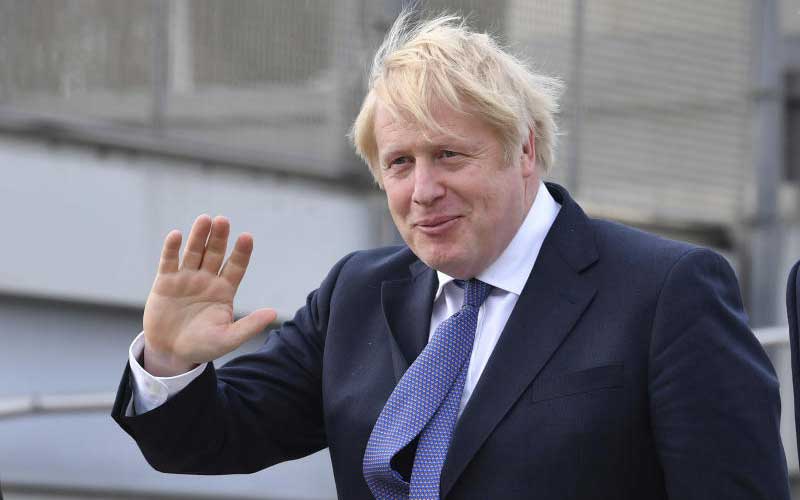 Prime Minister Boris Johnson (pictured) has offered more insight into his hospitalisation for coronavirus, telling a British newspaper that he knew doctors were preparing for the worst.

The 55-year-old Johnson, who spent three nights in intensive care during his week of treatment in a London hospital after falling ill with Covid-19, told The Sun newspaper he was aware that doctors were discussing his fate.

“It was a tough old moment, I won’t deny it. They had a strategy to deal with a ‘death of Stalin’-type scenario.’’

Johnson couldn’t believe how quickly his health had deteriorated and had difficulty understanding why he wasn’t getting better. Medical workers gave him “liters and liters of oxygen’’ but he said the “indicators kept going in the wrong direction.’

“But the bad moment came when it was 50-50 whether they were going to have to put a tube down my windpipe,’’ he told the newspaper. “That was when it got a bit ... they were starting to think about how to handle it presentationally.”

The remarks were Johnson’s most candid yet on his brush with death, though he acknowledged when he left the hospital that his fight to survive “could have gone either way, ″ as he paid tribute to the two nurses who never left his bedside for 48 hours.

Jenny McGee from New Zealand and Luis Pitarma from Portugal, he said, embodied the caring and sacrifice of National Health Service staff on the front lines of the pandemic, which has already killed 28,131 people in Britain.

Johnson’s close call is reflected in the name that he and fiancée Carrie Symonds gave to their newborn son. Wilfred Lawrie Nicholas Johnson was named after Johnson and Symonds’ grandfathers and after Dr Nick Price and Dr Nick Hart — the two doctors who saved the prime minister’s life.

Johnson’s actions since leaving the hospital suggest the NHS has a powerful new advocate as it seeks to reverse a decade of austerity that has left Britain’s doctors and nurses struggling to treat the flood of coronavirus patients with inadequate supplies of protective gear. Dozens of NHS workers have died in the outbreak.

The interview follows an emotional video made by Johnson after being released from hospital on April 12.

Johnson called the NHS “unconquerable” and “the beating heart of this country” after seeing its response to the outbreak first-hand. He also lauded the courage of everyone from doctors to cooks.

The prime minister returned to work on April 27.

Meanwhile, facing questions over why Britain’s death toll from the new coronavirus was now the second-worst in Europe after Italy, a British minister said on Sunday people should not jump to conclusions and the full picture was not yet clear.

The death toll was 28,131 as of May 1, just short of the Italian total, increasing pressure on the conservative government which has been accused by the opposition of having acted too slowly in the early stages of the outbreak.

Ministers have rejected comparisons of the headline death toll with that of other countries, saying excess mortality -- the number of deaths from all causes that exceed the average for the time of year -- was a more meaningful metric.

The most recent available data showed there were almost 12,000 excess deaths in England and Wales in the week to April 17. Of these, just under 9,000 were linked on the death certificates to COVID-19, the respiratory disease caused by the new coronavirus.

Analysis by media including Sky News and the Financial Times suggests those figures are worse than in other European countries.

Appearing on Sky News on Sunday, transport minister Grant Shapps rejected a suggestion that the evidence on excess mortality showed the government’s response to the outbreak had failed.

“You need to look at that over a much longer period of time. So we’ll have to look back over a year I’m afraid, not to be evasive but we just won’t have that information,” Shapps said. “It’s much more complex than you’re making it sound.”

He said some impacts of the outbreak would not be known for a long time and that differences in the age and health profiles of nations, as well as population size and density, were among many factors that would have to be taken into account. “You have to look at the whole picture and that information simply isn’t available as yet,” he said. “We shouldn’t look at the raw data and jump to conclusions.”

Maximize digital platforms to elevate your visibility as you work remotely

One of the challenges we are currently facing in our workplaces is the lack of visibility.