ISIS leader Abu Bakr al-Baghdadi has been killed after a US special forces raid, according to reports.

Donald Trump is said to have ordered the mission in northern Syria.

Newsweek reports that al-Baghdadi detonated a suicide vest after realising he had no chance of escape.

His two wives were also reportedly killed in the firefight, with no injuries to US forces.

It comes after President Trump tweeted: "Something very big has just happened!" He gave no further details.

A US official said a top-secret operation was carried out in one of the last ISIS bastions in Syria.

The mission was to locate a "high-value" target - said to be al-Baghdadi.

A military source confirmed to Reuters news agency that the US had launched an operation against the ISIS leader, but would not reveal if it had been successful.

Newsweek reports the US Defense Department told the White House it had "high confidence" al-Baghdadi was killed - and described him as "dead pending verification".

Operatives from the Joint Special Operations Command carried out the high-level operation on Saturday, the report adds.

It came after valuable new intelligence from Syria. 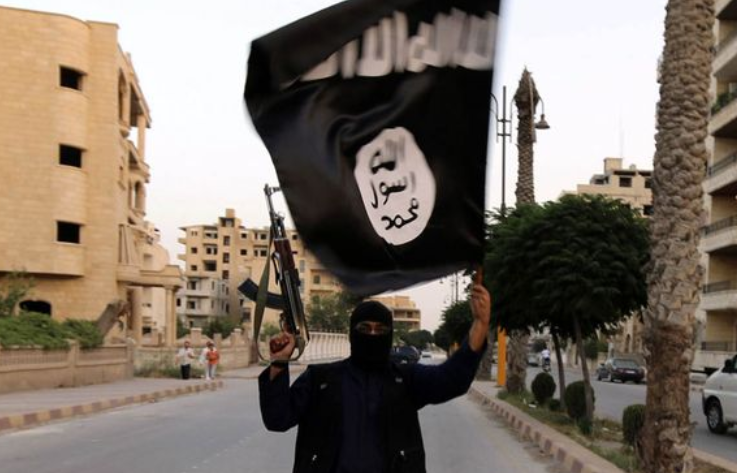 Al-Baghdadi became active in al-Qaeda following the US-led invasion of Iraq in 2003 and spent time in the infamous Abu Ghraib detention centre.

The Iraqi-born cleric, believed to be 47 or 48, became leader of ISIS in 2010 and led the terror group to huge territorial gains across Iraq and Syria.

He declared the global caliphate in 2014 in Mosul - his only known public appearance as ISIS leader.

Under his leadership, ISIS fought back government forces in Syria and Iraq, claiming huge areas of oil-rich land populated by millions of people.

Its terrorists also murdered thousands of people in acts of horrific brutality - including captive Westerners who were beheaded on camera.

Meanwhile, ISIS sympathisers have launched terror attacks in Britain, Germany, France and beyond in recent years.

But ISIS's territory has collapsed following Western-backed interventions - and surviving terrorists have been forced into hiding in a few remaining strongholds.

Al-Baghdadi was last seen in a propaganda video in April.

He was long thought to hiding somewhere along the Iraq-Syria border.

The ISIS media network issued a 30-minute audio message in September allegedly from al-Baghdadi, in which he said operations were taking place daily and called on supporters to free women jailed in camps in Iraq and Syria over their alleged links to his group.

Trump is expected to make his "major statement" in the White House Diplomatic Reception Room, which he has used to make a number of important announcements.

Just last week he used the same room to announce that a ceasefire between Turkey and the Kurds had taken hold.

Kenya police are holding two men believed to be members of Al-Shabaab terror group after they were handed over by Somalia police.