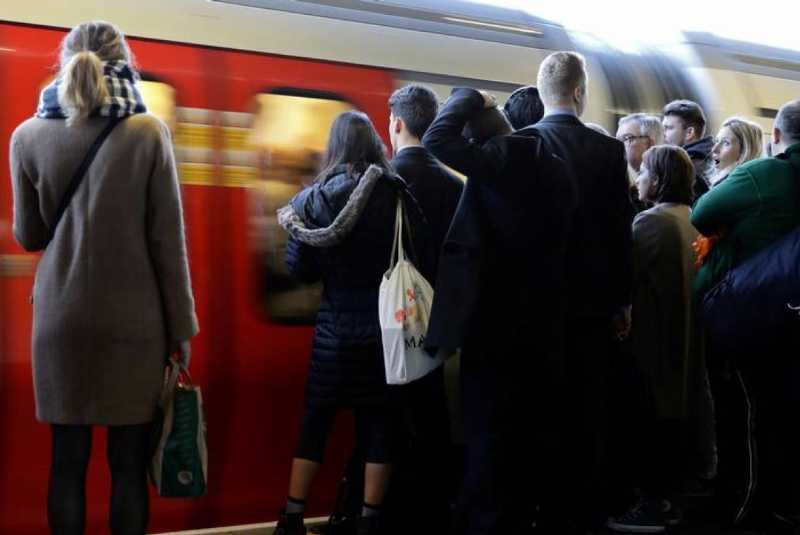 Women are concerned no one will help if they are sexually harassed on public transport, according to a poll in five of the world's biggest commuter cities that was released on Thursday as officials warn transit networks are magnets for sex predators.

A survey of 1,000 women in five cities found only 368 women were confident or very confident that other passengers would step in to help if they faced abuse.

Less than half of women surveyed in Tokyo, Mexico City, Cairo and New York were confident of assistance although about half of women in London said they would get help which city authorities attributed to beefed up efforts to assist women.

Volleyball: KPA hope to sail back with Africa club title from Egypt

Women were not born to be men's punchbags

In total 102 women in London were optimistic that others would stand up for them, while women in Tokyo were the least positive with only 57 expecting help.

The Thomson Reuters Foundation poll comes as city authorities around the world increasingly bolster efforts to ensure women have safe, efficient transport to give them full and equal opportunities to education and the workforce.

Transport for London (TfL) policy manager Mandy McGregor said sexual harassment was a serious issue for transport planners with some men spending all day on underground systems seeking out women - and the problem was not unique to Britain.

"Mass transport networks across the world are crime attractors for sexual predators," she said, adding offenders used rush-hour crushes and the movement of trains and buses to hide their behaviour and also as an excuse if confronted.

Figures show there were nearly 2,000 reports of sexual offences on transport in London between April 2017 and March 2018 - almost double the number five years ago - with the city's underground system handling about 5 million journeys a day.

But transport bosses said the increase resulted from a major campaign to encourage women to report sexual harassment rather than a rise in offences.

A "Report It to Stop It" initiative was launched in 2015 after a survey found 15 percent of women experienced unwanted sexual behaviour on transport but 90 percent did not report it.

A 3,000-strong police force patrols the network, including undercover officers, with 1,500 arrests made in the past three years. Police and CCTV-operators have been trained to identify suspicious behaviour.

"We are pleased that Londoners are looking out for each other," she said, adding that TfL regularly shared its experience on tackling sexual harassment with other cities.

Rachel Krys, co-director of Britain's End Violence Against Women Coalition, said she thought #MeToo had made a difference.

"There's now more awareness of sexual harassment so I think that is giving women a bit more confidence that someone would come forward," Krys said.

But Krys cautioned that women who reported offences were often let down by the criminal justice system and called for action to address the lack of successful prosecutions and culture of victim-blaming.

Tokyo and Mexico City have also run anti-harassment campaigns, but many women thought other passengers would still turn a blind eye, according to the poll supported by Uber.

In Mexico City only 76 women were confident or very confident that fellow travellers would help them, while the number was 61 in Cairo and 72 in New York.

Mariam Refaat Mohamed, 24, a data analyst in Cairo, added: "Not all passengers would help, and sometimes they blame the woman for the way she is dressed."

Debt burden as shilling slips past the 103 mark

By Brian Otieno | 5 days ago